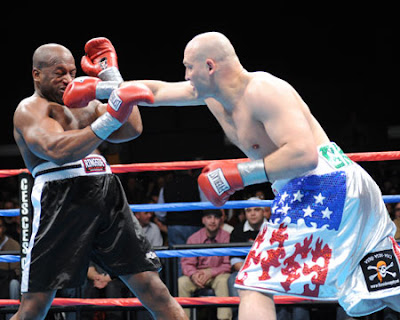 
HARTFORD — Tony Grano has shown courage inside a boxing ring. The question has always been can they heavyweight from Hebron show commitment outside of it?

Those who attended a press conference at the Hartford Club got their answer.

“I just got back from Austria where I sparred with Vitali Klitschko,’’ Grano said in reference to the World Boxing Council heavyweight champion. “I’ve got a strength coach now. I’m going to use a nutritionist. Then I hope that within a year that I’m a top heavyweight contender.’’

Grano, 29, will be in the main event of a June 26 show at the Mohegan Sun Arena. Grano (17-1-1) will take on Horace Ray Grant (15-2) of Riverdale, Md. The co-feature will pit Hartford featherweight Mike Oliver (23-2) against former world champion Mauricio Pastrana (35-13-2) of Miami. Pastrana has ventured into New England before. 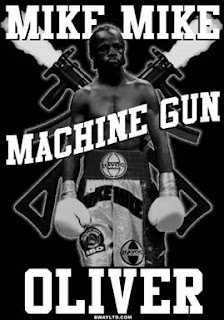 Pastrana lost a unanimous decision to Manchester featherweight Matt Remillard in Providence in November of 2008.

Proving that he does indeed have all his ducks in a row, Grano has signed a promotional agreement with Jimmy Burchfield’s Classic Entertainment Sports.

Oliver is also now with CES. Oliver was once promoted by Rich Cappiello, but Cappiello is now working for CES.

Burchfield was thrilled to have Grano among his stable of fighters.

“I’m happy to have Tony Grano with CES because there is no other fighter like him when it comes to moving tickets,’’ Burchfield said. “The only fighter like him was Vinny Pazienza. Tony’s father Bill reminds me of Vinny’s father Angelo. They both get out there and generate support for their fighter.’’

Bill Grano revealed that a big-name promoter was interested in his son.

“Don King flew us down to Florida because he wanted to sign Tony,’’ Bill Grano said. “But Jimmy Burchfield always puts on the best shows. He looks out for his fighters.’’ 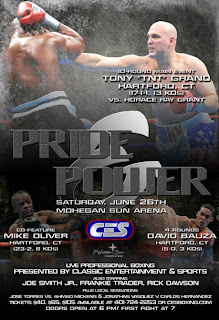 The press conference had quite the local flavor. Willie Broadie, a one-time top amateur heavyweight who lived in East Hartford, is now Oliver’s bodyguard.

One of the training facilities affiliated with Team Grano is Wild Side Boxing in Vernon, which is run by Christy Christensen. Broadie and Chistensen were both at the Hartford Club Friday.

Lou Mayo of Manchester is heavily involved with CES. Mayo houses fighters and has been known to help boxers trying to stay on the straight and narrow, current light heavyweight champion Chad Dawson among them.

The June 26 show will be dedicated to the family of the late Keleigh Simmons of Vernon. Simmons died unexpectedly on May 7 at the age of 37. She left behind a husband and nine children.

Two of the children attended Friday’s press conference. Grano announced that he would also dedicate the fight to two of his friends who were killed in the recent power plant explosion in Middletown.

Posted by The Cool Justice Report at 5:16 PM