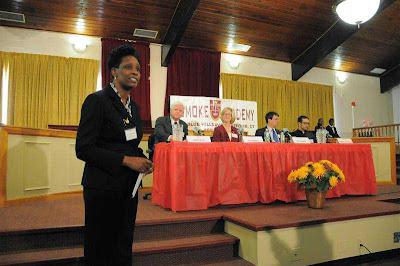 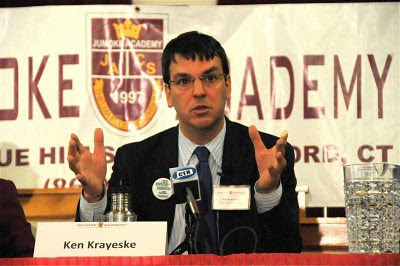 -- Ken Krayeske On The Firing Line 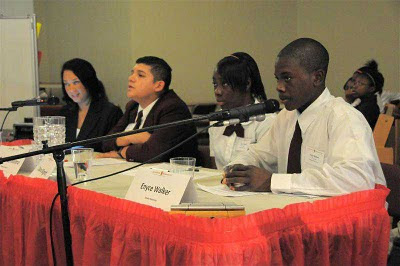 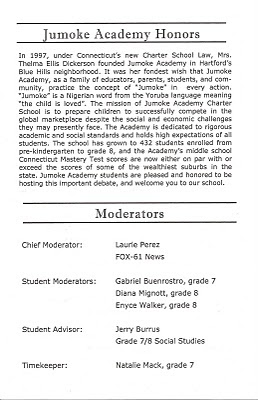 QUESTION 1 IS FOR ALL CANDIDATES (2 minutes each):

1. Charter schools, such as Jumoke Academy, receive far less funding than regular public schools, yet consistently achieve very high standardized test scores that are used to measure academic success. As Connecticut's 1st District representative, what will you specifically do in Congress to help schools like ours receive equal funding? 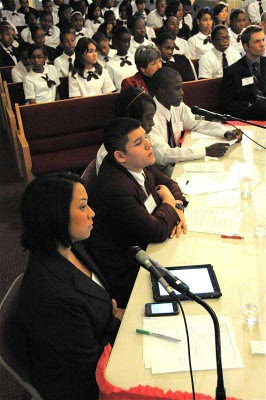 2. Congressman Larson, According to the National Center for Education Statistics, American 8th grade students rank 9th in Math scores and 11th in Science scores worldwide, placing behind such countries as Hungary, Russia, and Singapore. Many people blame our declining test scores on underperforming teachers and want to end guaranteed employment for tenured teachers. Do you agree that ending teacher tenure would improve our public schools?

3. Ms. Brickley, you have stated that you are against the healthcare reform legislation that passed through Congress earlier this year. You have also stated that, if elected, you would vote to repeal this act. How would repealing this law help Americans that need health insurance and what would you introduce in its place?

5. Mr. Krayeske, in 2006 and 2008, Americans overwhelmingly voted Democratic in an effort to change the government and state their displeasure with Republican leadership. Now, only a few years later, many Americans are still unhappy with the direction of the government, yet their only option is to vote Republicans back in. Do you feel that the two-party system is healthy for America and effective at bringing real change? Why or why not? 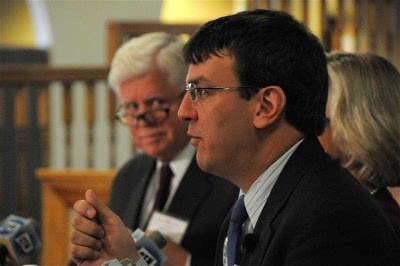 6. Congressman Larson, our Congress has consistently voted to increase military spending. In the past 10 years, our military defense budget has more than doubled from an estimated 300 billion dollars in 2000, to an estimated 660 billion dollars in 2010, and we still continue to engage in combat in the Middle East. Meanwhile, the citizens of America are suffering through some of the worst economic times in recent American history. As a member of Congress, with so many Americans unemployed or underemployed, do you feel that it is appropriate to be spending so much of our money on the military?

7. Mr. Hutchinson, America is a nation that has always depended on immigration to keep its economy afloat. Where do you stand on the issue of undocumented immigration and granting citizenship to those who have arrived in our country through illegal means?

8. Mr. Krayeske, Connecticut citizens pay some of the highest taxes in the country, yet our capital city of Hartford continues to suffer from one of the highest crime rates in our nation. As citizens, we pay for police services with our tax dollars. Considering how much we pay in taxes, how is it acceptable that so much crime still exists in our community and how do you plan to fix this problem? 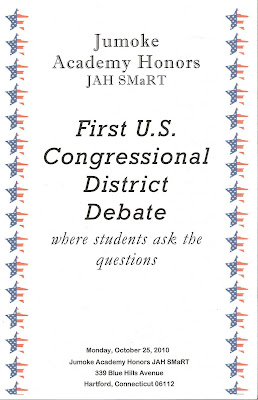 10. Congressman Larson, the cost of running for public office in America, particularly for a national office, has spiraled out of control. Only the wealthiest Americans have a legitimate chance to run for public office. Even losing campaigns spend more money than most citizens make in their lifetime. Considering our current economic climate, are you in favor of abolishing all soft money campaign contributions, thus requiring all candidates to use public financing? 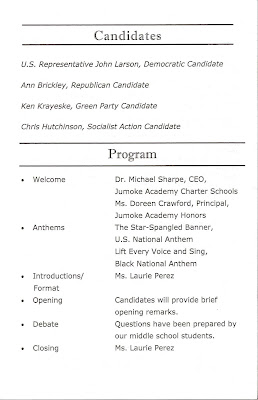 11. Mr. Krayeske, Unemployment in our state is currently at 9.1%, the highest since 1976, and Connecticut is having trouble keeping its citizens to remain in-state. If elected, what is your plan to make Connecticut more attractive to businesses and increase job growth?

12. Ms. Brickley, Jagadish Shukla, Distinguished University Professor of Earth Sciences and Global Change at George Mason University, has stated "The consequences of global climate change constitute one of the most serious threats facing humanity. While the poor and the impoverished will suffer the most, the potential for catastrophic climate change is quite real." Do you agree that global warming is a real threat to our planet? If so, how do you plan to address this problem in the next 2 years?

13. Congressman Larson, Some global scientists estimate that we will run out of oil within the next 50 years. This question has two parts. What is your plan to reduce America's dependence on foreign oil, fossil fuels, and other carbon-emitting substances? How do you plan to increase funding for green energy technology and the production of renewable green energy sources?

14. Mr. Hutchinson, Members of the House of Representatives must win re-election every two years. With this system, House members must constantly raise money for re-election campaigns, and spend most of their time fundraising instead of serving their constituents. Do you feel that the term lengths for House Representatives should be increased to four years per term? Why or why not? 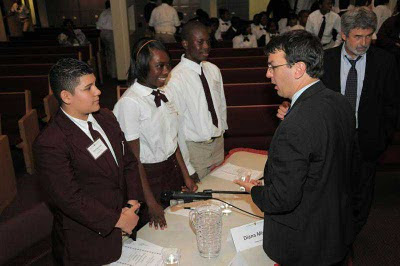 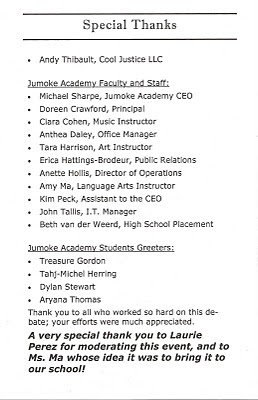 Posted by The Cool Justice Report at 10:31 AM