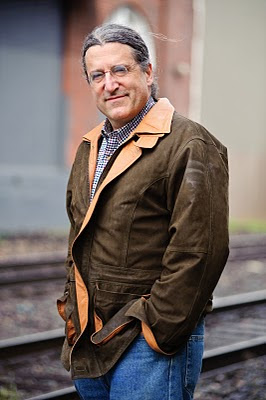 Cool Justice Editor's Note: Clearly, it was a team effort ...

Soon after I began writing, the Judicial Branch decided to cancel all of the subscriptions to the newspaper for the state’s law libraries and the state’s judges.

Posted by The Cool Justice Report at 4:58 AM

I found this excerpt from Pattis's column pretty interesting:

"When I took aim at U.S. District Judge Robert N. Chatigny as a meritricious manager with little sense of how trials actually work, I did manage to provoke a crisis on the Tribune’s editorial board. A few folks offered Valvo an ultimatum: Either get rid of Pattis or they would resign from the board. I still wince when I see one of those who resigned. But the critics had their revenge this year. I was invited to speak at an event co-sponsored by the Tribune. I assumed I had arrived in some sort of status netherworld: imagine me sharing a podium with the state’s chief justice and a long-tenured professor from Yale. I was not surprised shortly after the invitation arrived to learn that, er, well, um, there wasn’t enough time for all those invited to speak. Yale had his revenge."

Pattis feels that it was his objections to Chatigny and not just Pattis being Pattis that caused the un-invite from the Yale. It may be true, or not, but if true, how truly meaningless because:

Though Pattis might write negative stuff about Chatigny, he'd never, say, sue Chatigny if he needed to be sued.

And neither would most any other lawyer.

If Chatigny were on his knees begging to be sued, no lawyer round here would do it.

That's as true of Pattis is it may be of Yale.

If Yale defers to Chatigny at least as much as Pattis surely would, that just makes them equally craven but Pattis less honest about it. If Yale has declared Chatigny sacred ground, at least they aren't ranting in blogs as if they don't fear and protect this sacred ground.

Side note: Personally, the Bobby Knight/Melon Head piece reads like a 10 year old wrote it. If I wrote a send up of the Connecticut Judiciary it would be 10 times better than that.

It would have been enough to make me cancel my subscription but not because I am some uptight fuddy-duddy so much as someone who thinks its just a really stupid piece of writing.

Sorry to come off as so cranky, but really, when are you guys [btw, any gals?] going to get real?