Finally: A Political Party Stands Up Against The Government Class On WikiLeaks 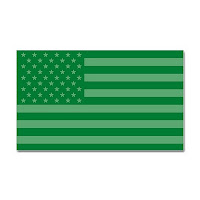 Green Party leaders called the attacks on Wikileaks by the US government a direct and deliberate assault on the First Amendment's guarantee of freedom of the press.

"The war on Wikileaks may set a precedent for the treatment of journalists who expose government wrong-doing," said Carl Romanelli of the Pennsylvania Green Party. "While the US government has increasingly operated outside of US constitutional and international law, Wikileaks' actions would not be called a crime in a free and open society."

Greens expressed dismay and outrage over the decision of companies like Amazon, Pay Pal, MasterCard, and Visa, as well as several Internet hosting companies, to cooperate with US government demands for censorship.

Tweet
Posted by The Cool Justice Report at 4:23 AM