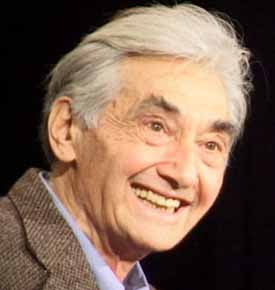 We pay tribute to the late historian, writer and activist Howard Zinn, who died [in January 2010] of a heart attack at the age of eighty-seven. Howard Zinn’s classic work A People’s History of the United States changed the way we look at history in America. It has sold over a million copies and was recently made into a television special called The People Speak. We remember Howard Zinn in his own words, and we speak with those who knew him best: Noam Chomsky, Alice Walker, Naomi Klein and Anthony Arnove.

Tweet
Posted by The Cool Justice Report at 6:21 AM