Even though it's early in the season,


is clearly a top contender for the aforementioned awards

Judges have their own Protection Association,
the Judicial Review Council,
therefore, it follows that
even those lower
on the food chain
would like another cushion ...

Maybe this travesty was drafted by a judge wannabe waiting to get his/ her ticket punched ... In any case, it reflects poorly on the hard-working and competent public defenders who demonstrate awareness of their mission ...

ANYONE ELSE
FOR SHODDY REPRESENTATION

Thought For The Day:
A major reason for government secrecy
is to protect the government from its own population

HERE IS THE STATUS REPORT for Proposed S.B. No. 38

AN ACT CONCERNING
THE FREEDOM OF INFORMATION ACT
AND DIVISION OF PUBLIC DEFENDER SERVICES. 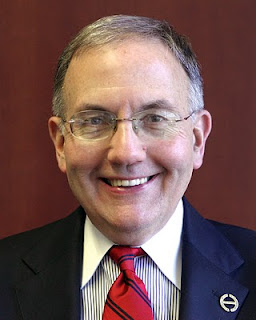 Slap said he would confer with Looney and give a more detailed response regarding the purpose of the Bill.

UPDATE:
Late Friday Slap said he would continue to track down the origin and details of the proposal. He referred additional questions to Deborah DelPrete Sullivan, executive assistant public defender. Messages were left for Sullivan, who was not available.

Slap characterized the proposal as “not sinister,” adding that “things are often more complicated than they appear.” He also cited documents related to attorney-client privilege. However, such documents already are exempt from FOI, as noted in the decision below.
--

Why is this even proposed? What is it supposed to do? It seems like a waste of time. How bout they have the FOI ENHANCED, not diminished, as it is becoming a more “closed” and secret government every fucking day! That’s right I said FUCKING, so there. --

Genesis of Whining Public Defenders
Getting To Sen. Looney?

The FOI Commission ordered the disclosure
of any and all complaints filed against
a special public defender.

The case is on appeal in Superior Court.

15. It is found that the requested complaints, in addition to being contained in the client's file that is maintained by the intervenor, are also separately kept on file by the Office of the Chief Public Defender, and are used, received and retained by the respondent.

16. It is also found that the requested complaints pertain to the conduct of the public's business, both because the respondent conducts the public's business in reviewing complaints about the attorneys assigned to public defenders, and because, as described in paragraphs 23 -39 of the findings, below, the records are used by the respondent in decisions to assign, re-assign, and employ individuals as public defenders.

52. Because the respondent declined to produce the requested records for in camera inspection, and instead sought to establish the applicability of the privilege upon testimony concerning complaints generally, and testimony concerning the complainant's own complaint about the intervenor and the respondent's responses thereto, the following findings of fact and conclusions of law are necessarily based upon that evidence.

64. It is therefore concluded that the requested records are not exempt from disclosure pursuant to §1-210(b)(10), G.S., because they are not communications protected by the common law attorney-client privilege.

69. It is concluded that the respondent violated §§1-210(a) and 1-212(a), G.S., by failing to provide copies of the requested complaint letters to the complainant.

The following order by the Commission is hereby recommended on the basis of the record concerning the above-captioned complaint:

1. The respondent shall forthwith provide the requested records to the complainant at no charge.

Approved by Order of the Freedom of Information Commission at its regular meeting of June 9, 2010.

Tweet
Posted by The Cool Justice Report at 11:45 AM