The Road To A Police State Spins Through Enfield, CT 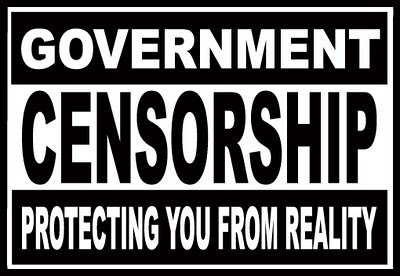 Enfield, CT drew interest from around the world last week after the Manchester Journal Inquirer reported last week that the council, at its Jan. 18 meeting, pressured the library to cancel its Jan. 21 screening of "Sicko" — the second installment of the library’s nonfiction film series. Mayor Scott R. Kaupin also threatened to cut the library’s funding if the film was shown ...
--


After SiCKO, Is Your Story Next for Censorship? 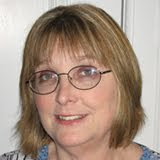 The Enfield, CT, public library is in the midst of a controversy about whether the town managers can or should halt the public showing of Michael Moore's 2007 documentary film SiCKO about the U.S. healthcare system. Some folks are nearly up in virtual arms about the implications of this sort of censorship while still others are praising the effort as a way to make sure varied sides of controversial issues are offered up. 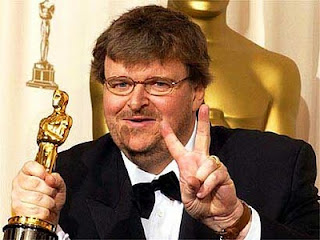 The town's librarian faced the threat of losing funding for the library in the future if the film was screened. So far, final resolution to the debate on local government's authority to dictate what the library does with film or other collection materials is unresolved. Librarians across Connecticut and the nation are rightly sensitive about any attempts to censor what is available for patrons for reading, listening or viewing. But in other instances - on shared computers and web browsers in libraries, for instance - some oversight and some limitations must apply to protect those who do not wish to partake of offensive content and to protect libraries from liability related to such exposure.

But does SICKO rise to the level in need of restriction? Is it really the film and its content or the filmmaker and his propensity for controversy that is stirring the tensions? And is dislike for the political leanings or issue positions of a filmmaker enough to warrant banning a public showing in a public building on public property if public officials don't embrace Moore's editorial positions framed in his films?

I know most people are not neutral in their views about Michael Moore. I ask nearly every audience I speak to about that subject, and I share with them that I too had reservations about what it would mean for me to allow our story to be one of the ones shared in SiCKO. But I worried for the wrong reasons, as I was not immune to the criticism of Moore's lack of impartiality. As a small town newspaper editor, I valued trying to be as impartial as possible - and the best way to do that was to report the fact, clearly and cleanly, and allow our readers to develop their own positions.

In guarded responses, semi-ungagged library director sounds like a POW still being held in captivity ... 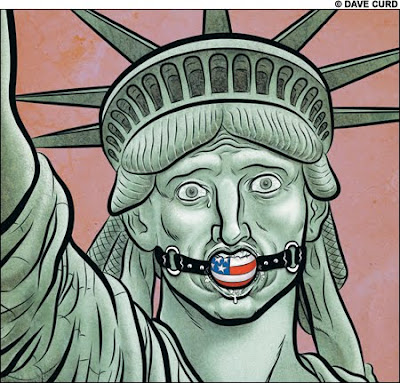 ENFIELD — Library Director Henry Dutcher on Monday said that Michael Moore’s controversial documentary "Sicko" will eventually be screened at the Enfield Public Library but postponing it for now — as some town officials wanted — was in the best interest of the library.

Dutcher, in his first interview since Town Manager Matthew W. Coppler lifted a gag order on him, would not, however, address questions about whether the Town Council’s pressure to cancel the library’s Jan. 21 screening of "Sicko," Moore’s 2007 Academy Award-nominated documentary criticizing the American health care system, was censorship.

Also Monday, Democratic Town Chairman Anthony DiPace said he plans to show the film in the Town Hall Council Chambers at the Democratic Town Committee meeting on Feb. 9. The screening will be open to the public, he said.

Enfield drew interest from around the world last week after the Journal Inquirer reported Thursday that the council, at its Jan. 18 meeting, pressured the library to cancel its Jan. 21 screening of "Sicko" — the second installment of the library’s nonfiction film series. Mayor Scott R. Kaupin also threatened to cut the library’s funding if the film was shown, raising questions of whether the council had censored the library.

The mayor asked Coppler to talk to Dutcher about canceling the film after four residents —all members of the Republican Town Committee— used the public comment portion of the council meeting to object to the screening.

Dutcher, in an interview at the library on Monday, said he chose to "take a step back" to retool the film series at Coppler’s request because it was in the best long-term interests of the library.

"Wednesday morning, we had a situation," Dutcher said, referring to the morning after the council meeting when he and Coppler decided to cancel the screening. "It’s how you resolve the situation, the end result."

He said that although the episode wasn’t pretty, it provided an "amazing lesson" in how democracy works.

"I personally think what we’ve been through has been very positive in the outcome," he said. "A lot of people say, if you see sausage made, you wouldn’t want to eat it, but then you might be deprived of something you really like. Going through this might not be something you really, really like, but the end process is something that makes us stronger. That’s a real positive thing.

Dutcher said that because he worked exclusively with Coppler throughout this process, he did not want to answer any questions about whether he thought the council had censored him or the library, saying that he didn’t know that it was a "yes or no question."

"I am focusing on the end result. I know someone would want me to say, ‘No, answer that question,’" he said, adding that some of the feedback he has received has been criticism that he didn’t take a stronger stand. "That’s not my province. My province is to make sure this library moves forward in the way we’ve always done. That’s my role.

"What would I have gained simply by showing a movie on one particular date?" he asked.

Although he wouldn’t say specifically what he would have risked by refusing to cancel the movie, he said "there was certainly a chance that the manner in which we would progress would be much more confrontational."

Dutcher said he recognizes now that there were flaws in the film series, which was renamed "Friday Flicks." It had previously been known as "Fun Flicks."

Dutcher said the titles for the non-fiction film series that included "Sicko" were chosen months ago and, therefore, he had no idea that Republicans in the U.S. House of Representatives would push through a vote on their initiative to repeal President Barack Obama’s health care plan last week, the same week the film was to be shown.

Dutcher said that in the past the library showed two other Moore documentaries, "Bowling for Columbine" and "Fahrenheit 9/11" without any controversy.

He said he and his staff focused on finding award-winning or nominated films with high profiles that dealt with "hot topics" such as health care, education, and the environment. In doing so, he said, he didn’t create a balanced series.

He said he expects to have his plan ready in the next week or so, well in advance of the next council meeting on Feb. 7, which is what council member wanted.

Finding balance is not always easy, he said. Sometimes, there are no obvious counterpoints to offer. For example, he said the library once hosted a presentation about deep-sea fishing, and he said he didn’t know what would constitute balance in that case.

He said he has considered several films to provide balance to "Sicko." One of the titles is called "Sick and Sicker" and is a documentary critical of the health care reform law promoted last year by Obama. Although both films focus on health care, Dutcher said it isn’t clear whether they represent a balanced look at the same issue.

He also gave the example of films about Islam, asking whether the library would have to show films about multiple religions to achieve the balance demanded by the council.

Kaupin said Monday that balance could be achieved by showing multiple movies or by supplementing the films with speakers.

"Sometimes maybe you can’t find balance —maybe there’s not another film that’s credible, but you can find a speaker. You can find a presentation," Kaupin said. "Invite someone in from Johnson Memorial Hospital or Hartford Hospital or St. Francis and get their impression on health care."

Resident Kevin Fealy, in his comments at the Jan. 18 council meeting when he objected to the library’s screening of "Sicko," said that although he felt cancellation was the right approach, if the screening was to go forward, there should be an opposing viewpoint offered.

"If we do want to see differing points of view, I would suggest films like ‘The Passion of the Christ’ and other controversial movies would also be filmed or shown and advertised for viewing in a public venue like that on the tax dollar," Fealy said.

Dutcher said that because the film series uses materials owned by the library or on loan from other libraries there is virtually no additional cost involved.

DiPace said he’s looking for someone to provide him with a copy of "Sicko" that he can screen for the public after the Democrats’ meeting on Feb. 9 at Town Hall.

Republican Town Chairwoman Mary Ann Turner said Monday that she has no objection to DiPace’s plan.

"Good for Tony. If he wants to invite me, I’ll bring the popcorn," she said.

Tweet
Posted by The Cool Justice Report at 5:32 PM