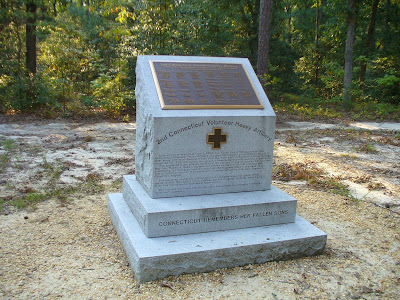 The Litchfield American Legion, Morgan-Weir Post 27 along with the Town of Litchfield is proud to sponsor the 2014 Memorial Day Parade. The parade and ceremonies will be held Monday May 26, on and around the Litchfield Center Green.


All Veterans, Marching Units, Scout Troops, Floats, Antique Cars, Local Fire Departments and Horse Mounted Individuals or Units are welcome to participate. Interested parties may contact Post 27 at 860 567 9930 after 4:00 pm daily and leave a message. A Legion Officer will call you back.

The parade will assemble at 09:30 am around the intersection of Prospect St. and North St. (Rte. 63). The parade will step off at 10:00 am with a Cannon Report from the Litchfield Artillery Regiment. Ceremonies will be conducted on the Town Green following the parade.

This year’s Parade Marshall will be Francis M. Fabbri. Francis was born in Litchfield, CT to Thomas and Mary Fabbri and he attended Litchfield schools. Francis “Frank” Fabbri entered the US Navy September 1942, with his basic training completed in Newport RI, he was assigned to the USS Denver in port at the Philadelphia Naval Shipyard. He attended underwater demolition school and was re-assigned to the USS Denver which was assigned to the Pacific Fleet in 1943 entering the Pacific War at Guadalcanal in the Solomon Islands. The Denver was involved in 14 engagements during 1943-1945 and received 14 battle stars for service. These engagements include the occupation and defense of New Georgia, Cape Torokina, Marianna’s Operation, Palau Islands Capture, Leyte Landings and the Battle of the Surigao Straits (the turning point of the Pacific war), Luzon, Borneo and the Manila Bay Operations. The Denver was in service in the Pacific when the war ended in 1945. It returned to the Naval Shipyard at Norfolk, Va. And its men were discharged from active service in 1946. The Denver had been so badly damaged during its wartime service that it was finally decommissioned in 1951 and retired to the mothball fleet in the Hudson River at New York. Mr. Fabbri received many citations and battle ribbons, American Defense, Asiatic Pacific Ribbon with 9 battle stars, Philippine Campaign Ribbon with 4 battle stars, Occupation of Japan with one battle star, China Sea Sweep Ribbon and the Presidential Unit Citation for the Pacific Theatre Service. Mr. Fabbri stated, “ I am particularly proud of the Denver and my shipmates. We traveled over 150,000 wartime miles from Guadalcanal in the Solomon Islands to Wakayama, Japan. We fired over 120,000 rounds of six or five inch ammunition along the way. The Denver was struck by enemy torpedoes, regular fire and Kamikaze airplanes, and was involved in the longest night battle engagement in history at Bougainville in the Pacific on November first and second, 1943. It was repaired three different times and returned to action each time. The Denver sailed through the entire war and brought her crew of 1,400 men home to the country still on one piece but badly damaged at the end of the war. She was a lady all the way and I am proud to have served on her.”


Mr. Fabbri returned to Litchfield in 1946 where he married in 1947 and fathered four children; Francine Komisar of New Haven, Nicholas of Bantam, Dorette Moreo of Westport and Michael of Bantam. He founded Litchfield County Electric in 1954 which is still operated by his son, Nicholas today. Mr. Fabbri is a member of American Legion Post 44 in Bantam, Bantam Fire Company and Veteran of Foreign Wars Post 10199 of Bantam. During his life he has the Dive team director for the Northwestern, CT. State Police Department, CT Council Diving Club V. President and Norwescon Divers President. He organized Litchfield Football team for the youth in town and he recruited and organized youth of Bantam for weekend work projects of clean up and helping residents in need.

The guest speaker will be L. Todd Wood. Born in Georgia and raised in Savannah, Todd spent his early summers in Carp Lake, Michigan listening to the vivid stories of his grandparents recalling their youth in the northern wilderness. Ever since his earliest days, he loved story telling.

Todd left Savannah in 1982 to attend the U.S. Air Force Academy in Colorado Springs, CO where he studied aeronautical engineering. Upon graduation in 1986, he immediately left the Academy for flight school. His initial assignment was flying Combat Search and Rescue helicopters at Elmendorf Air Force Base in Anchorage, Alaska. In the UHAE (Unique Harsh Arctic Environment-pronounced "Yoo Hay" by Alaskans) he flew local rescue missions and was also deployed throughout Asia. During this time he was credited with saving many lives and even more assists. In addition to flying exciting missions, 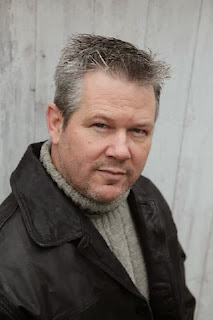 Todd also managed to graduate from the University of Alaska Anchorage with an M.S. in Engineering Management. In 1990 he volunteered for Special Operations and went back to flight school. In 1991 he was assigned to the 20th Special Operations Squadron at Hurlburt Field, FL, flying MH-53J Pave Low helicopters. Immediately he was deployed to Kuwait. Over the next three years he was active in classified missions in support of counterterrorism under the control of the National Command Authority and deployed throughout the world. His customers included SEAL Team Six and Delta Force. He left the Air Force as a Captain in 1994. During this hectic period in his life he found time to write his first novel, The Ultimate Solution which was never published. He did publish an article in the Armed Force's Journal in 1994 on Special Operations Aviation.

1994 found Todd joining an investment bank and earning a chance to expand his knowledge of his other passion, Finance. During this second career he became highly knowledgeable in Emerging Markets Fixed Income and traveled a great deal internationally with a focus on the Caribbean. He has conducted business in over forty different countries. He became acutely aware of the consequences of economic decisions and their effect on national and economic security.

However, Todd's love of storytelling was uncontrollable. He left the financial business in 2011 to write. Currency was published in December of that year. Once he began typing, he never stopped.


Todd is a contributor to Fox Business News, NY Post, The Moscow Times, Armed Forces Journal, Newmax Money News, National Review, Zero-Hedge, and others. He splits his time between NYC and Moscow. Mr. Wood will be expressing what Memorial Day means to him personally in his keynote address.

It is asked that all participating in the parade refrain from throwing candy from the vehicles during the parade. Thank you in advance for helping us carry out this sacred mission with all due respect and honor.

In case of inclement weather, the parade will be cancelled and the ceremonies will be held at the Litchfield Intermediate School located at 35 Plumb Hill Road in Litchfield. Cancellation will be broadcasted prior to 8:00 am by our local radio station, WZBG 97.3. 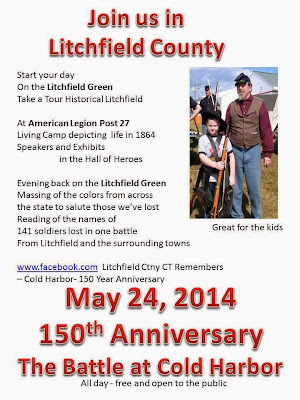 Posted by The Cool Justice Report at 2:28 PM