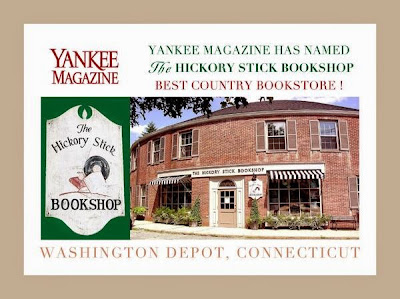 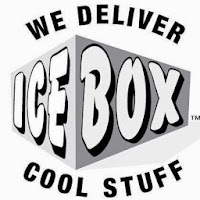 The just-published book from Westport-based Icebox Publishing is available on Amazon as well as in bookstores internationally. more COOL JUSTICE includes controversial essays on such topics as the Woody Allen sex assault case, the national assault on freedom of information, a 40-year-old cold case in New Orleans, and the freeing of a woman unjustly convicted of premeditated murder. A chapter entitled ‘Persons known & unknown blew up justice in Badaracco case’ examines the politics permeating the investigation and judicial system’s handling of the Mary Badaracco homicide in northwest Connecticut. 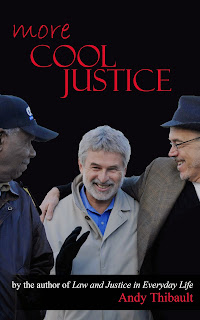 “Andy Thibault brings a wealth of credibility to IceBox Publishing and we are thrilled to showcase his talent as one of our authors,” said L. Todd Wood, principal of IceBox Publishing. “IceBox looks to much more from Andy in the years to come.”

Thibault’s first book, “Law and Justice in Everyday Life,” published in 2002, was critically acclaimed, featuring an introduction by Howard Zinn and foreword by F. Lee Bailey. He and Charles Johnson co-authored “The 12-Minute MBA for Lawyers,” published in 2002 by Law Tribune Books, and “The 12-Minute MBA for Doctors, 2001. Thibault also wrote and edited “The History of the Connecticut State Police,” 2004.

Thibault, a Litchfield resident, began writing for pay at age 17 in 1970 for the sports departments of The Groton News and The Norwich Bulletin. He went from sports writing to general reporting and editing for newspapers including The Bulletin, Shore Line Newspapers, The Wilkes-Barre, Pa. Times Leader, The Stamford Advocate, Greenwich Time, The Hartford Courant, The Torrington Register Citizen, The Washington Times, Connecticut Post and The Connecticut Commercial Record. He was a columnist for The Connecticut Law Tribune from 2000 – 2006 before taking time off to successfully battle colon cancer.

His work has appeared in Connecticut Magazine and Northeast Magazine, and, among others, Page Six of the New York Post. Most recently Thibault was a contributing editor and columnist for Digital First Media Connecticut Group, which includes The New Haven Register, Connecticut Magazine, The Register Citizen, Middletown Press, Litchfield County Times and West Hartford News. 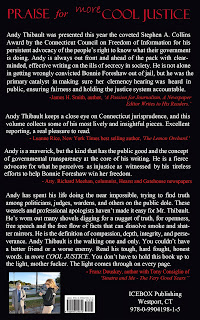 Thibault reported extensively on police brutality in Hartford, the Young & Rubicam “Come Back to Jamaica” kickback scandal, the Russian Mob in Brooklyn, NY, the Independent Counsel investigation of the late U.S. Commerce Secretary Ron Brown, the cover-up of a hit-and-run death in New London, Conn., and the 1996 bombing at Centennial Olympic Park in Atlanta.

Thibault also has worked as a private investigator for law firms in Connecticut, New York, California and Washington, D.C., and as a professional boxing judge. His public service includes commissioner for the Connecticut Freedom of Information Commission, board member for the Litchfield Board of Education, the Oliver Wolcott Library, the former Connecticut Commission on the Arts, and chairman of the Connecticut Boxing Promotion Commission.

He is chairman emeritus of the Connecticut Young Writers Trust, a foundation that has affirmed the work of more than 8,000 teen-age poets and writers and awarded more than $215,000 in prize money. He served as a mentor in the writing program at Western Connecticut State University and as an adjunct professor for the English and Writing departments. He also taught writing, journalism and public speaking at the University of Hartford and blogging at Northwestern Connecticut Community College.

Thibault was a political science major at Boston University studying with Howard Zinn. He served as an editor and reporter for the off-campus, 17,000- circulation independent weekly, The News.

Earlier this year, Thibault was honored by the Connecticut Council on Freedom of Information with the Stephen Collins Award http://connecticutnewsroom.wordpress.com/2014/06/19/andy-thibault-honored-with-open-government-award/ for his “many contributions to the cause of open and accountable government and a free and vigorous press.” 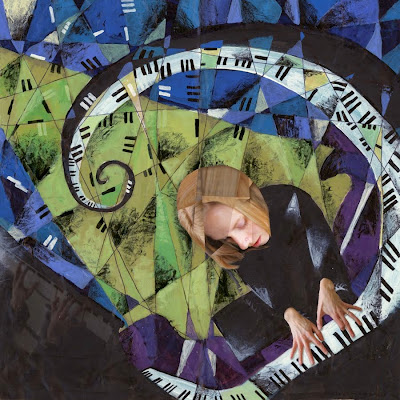 Allen has performed alongside many jazz greats including Nat Reeves, Steve Davis, Dezron Douglas, Charles Flores and Kris Allen. She has performed world wide with many groups including Kendrick Oliver’s New Life Orchestra, the collaborative New Unity Quartet and other jazz and creative music ensembles.

Allen has taught at The Greater Hartford Academy of the Arts, Hartt School, University of Connecticut Community School of the Arts Jazz Camp and Trinity College.

Originally from Foxboro, Ma, Allen was a cellist who started playing jazz piano as a favor to her high school band director, little knowing that she was finding her true artistic voice. From there she pursued her Bachelors in Music performance at the Jackie McLean Institute of Jazz. Allen has been privileged to be able to study under Jackie McLean, Steve Davis, Andy LaVerne and Garry Dial. 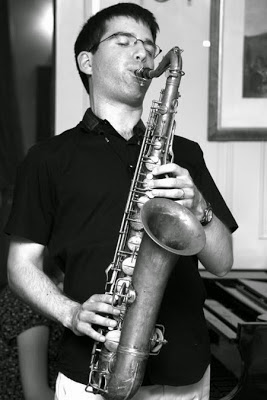 -- Saxophonist and composer Kris Allen was a young protege of the great Jackie McLean, with whom he studied at the Artists Collective and the University of Hartford. He went on to perform and/or record with jazz legends such as Illinois Jacquet, Gerald Wilson, and Curtis Fuller, as well as with modern starts such as Winard Harper, Andy Laverne, Mario Pavone and the Mingus Dynasty. Kris can be found appearing as the leader of his own quintet, in duo with percussionist Rogerio Boccato, and as both saxophonist and artistic director of the Hartford Jazz Society New Directions Ensemble. He is also very involved with education, as a part time faculty member of The Hartt School, Trinity College, and the Greater Hartford Academy of the Performing Arts. Kris has also been been a teaching artist with the Litchfield Jazz Festival since 2001.
Posted by The Cool Justice Report at 4:00 AM