'The absurdity of Connecticut’s butchered FOI apparatus is illustrated in this draft decision allowing state police to hide public records. It is incumbent upon the governor and the legislature to remedy this betrayal of the public trust.' 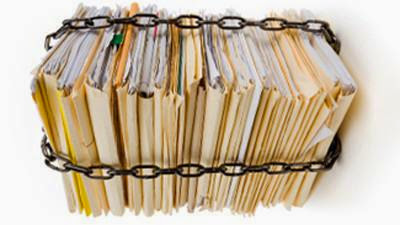 HARTFORD >> The Connecticut State Police did not violate Freedom of Information statutes when it delayed release of information to a daily newspaper, an FOI commissioner has ruled.

A hearing was held at the Freedom of Information Commission office in July to determine whether state police should have released an arrest report in a more timely manner regarding an officer-involved shooting.

The Register Citizen newspaper filed an FOI complaint against the state police on Dec. 13, 2013, claiming the state police withheld information regarding a Nov. 16 shooting by the wife of a Newtown police sergeant at Salisbury’s Interlaken Inn.

The Register Citizen had requested the full police report Nov. 22. It was eventually received four months later, on April 10.


Posted by The Cool Justice Report at 7:00 PM