The State Govt That Decapitated #FOI Creating A #PoliceState 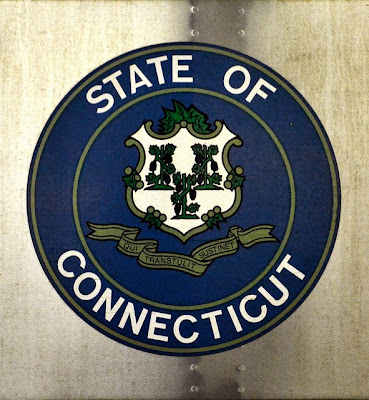 In July 2014, The Connecticut Supreme Court ruled that only the sparsest of information must be disclosed by local police departments and the state police in criminal cases from the time of arrest to the conclusion of prosecution. As the Hartford Courant editorialized , the General Assembly must step in and restore a proper balance between the public's various interests and the state's interest in protecting the integrity of prosecutions. The balance now is too much in favor of the state.

The following statements were entered into the record at a Freedom of Information Commission meeting on Oct. 22, 2014, regarding the state-sanctioned cover-up of a police-involved shooting at a resort in northwest Connecticut. The commission voted to uphold the hearing officer's report, sanctioning the suppression of public records for four months.

Statements to FOI Commission 10-22-14, Re; Suppressed Report On Shooting by Newtown Cop’s Wife

This case was supposed to be about prompt production: Did state police fail to fulfill its statutory obligation to turn over records in a prompt fashion when it released a police report four months after it was requested? But this case devolved into a discussion on discretion.

Mr. Streeter, your preliminary decision favoring state police’s unconscionable squelching of public records shows that you exercised no discretion. Instead, you allowed state police to exercise all the discretion. This is what we feared when the state Supreme Court ruled police have sole discretion over whether to disclose certain public documents. That decision, which Assistant Attorney General Terrence O’Neil revisited again and again during our hearing, sets a sickening precedent. And now the Commission is being asked to adopt something it stringently opposed.

Over the years, the FOI Commission earned its stripes as a tiger with temerity, tracking down and pouncing on public officials and agencies whenever they broke open record laws. But with this decision, the Commission is willingly allowing itself to be defanged. It’s telling journalists that an Assistant Attorney General can do a technical tap dance all over a case and win a technical knockout. That’s wrong.

This case stands and falls on a central question: Is it reasonable for state police to hide a public record for four months? The answer is no. The argument is made that everyone is entitled to the presumption of innocence in a court of law, and the release of police records can taint that presumption. But the release of police reports is also an important tool journalists use to gauge police conduct and the merits of their investigations. While police aren’t obligated to release more than blotter information, they are not precluded from doing so. To engender public trust, they should. That’s the discretion that didn’t take place in this case.

In closing, I’ll leave you with some words from one of your own. Attorney Victor Perpetua, who argued the State Supreme Court case on behalf of the FOI Commission, said, “In the information world, timely release is everything.” The state Supreme Court didn’t buy it and eventually sided with the state. But long before that decision was made Lt. Paul Vance instructed us on who the real decider of prompt was. It’s not the people; it’s not the courts; it’s the state police. For that reason, I urge you to reject Commissioner Streeter’s report.

My name is Andy Thibault. I’m proud to have worked on this state-sanctioned cover-up with my colleague, Isaac Avilucea.

“They want to keep a lid on this,” reliable sources told us from the get-go.

We knew what was in the report. We knew there was no good reason – at least in any state pretending to be a democratic republic – to hide this report for four months.

This draft decision resulting from a flawed, biased and unfair hearing, cannot stand.

This decision gives police the authority, as State Police Lt. Paul Vance puts it, to be the decider of what public information is retrieved by the public at what time, if at all. This is the definition of a police state. This is not the will of Gov. Ella Grasso and the Legislature that created CT’s FOI law in 1975.

As an aside, this is the same Supreme Court that recently defined black males as “exigent circumstances” [state v. Kendrick] to eviscerate the Fourth Amendment. These robes in particular are not worthy of any deference or respect.

There are also other, conventional grounds, for you to nullify this decision.

Instead, time and time again, the hearing officer allowed the asst. AG to cut off the complainants as they tried to present a case. Virtually every objection by the respondents was sustained. Indeed, evidence normally and customarily admitted was disallowed.

As for the respondents, at one point the asst AG scolded my colleague, telling him to behave. Was Terrence O’Neill channeling a sadistic nun? Is he in the wrong vocation? Notably, this scolder himself had been sanctioned recently for unethical behavior by a federal judge.

How far down the rabbit hole are you commissioners willing to go? 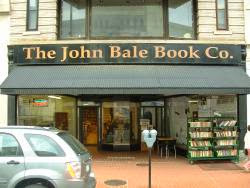 Posted by The Cool Justice Report at 5:55 AM