Govt on jurors believing #Tsarnaev guilty: Opinion was weakly held precisely because it was based only on media reports.

Govt on #Tsarnaev jury racial makeup: No law entitles defendant to jury of any particular composition or a venire that will be a substantially true mirror of the community.

Addendum to Role of Race,
Lack of Diversity in Jury Pool
posted 3-2-15 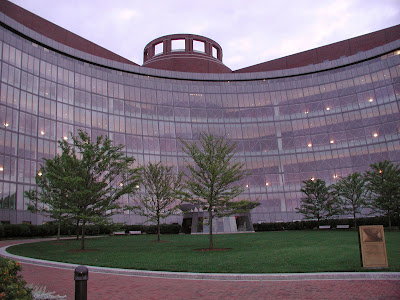 A federal appeals court in Massachusetts has denied a request by lawyers of Dzhokhar Tsarnaev to halt his trial and change the venue from Boston.

WGBH: The Tsarnaev Jury Pool: Questioning the Role of Race and the Absence of Diversity

Defense attorneys for alleged Boston Marathon Bomber, Dzhokhar Tsarnaev, on Thursday filed new information under seal to bolster their request before the US Appeals Court to move the trial out of Boston.

The defense team also moved to dismiss the 30-count indictment against Tsarnaev and cited the absence of racial diversity of the jury pool and the way it was selected.

Andy Thibault has sat in courtroom number 6 from the start to the finish of one-on-one juror questioning, which began five weeks ago. He’s taken meticulous notes and one observation stands out above all others he says.

“The most striking observation is that there have been so few people of color. So that whenever there is a person of color called during voir dire there is a great flutter of Twitter activity.”

Thibault, a legal writer and researcher, is the author of more COOL JUSTICE...

... In this most recent complaint they state that the order of jurors who were questioned one-by-one by Judge O’Toole was not random and had “non-neutral effects on cognizable groups”. In other words young people and people of color were under-represented during voir dire. The consequence says Harvard Law school professor Charles Ogletree is significant ...

On Jan. 26, a day of heightened security, pool reporters noted the first black jurors appeared. This was the seventh day of voir dire or individual questioning. A total of 81 jurors had been questioned during the first six days.

Many of the jurors questioned to that point expressed strong feelings about the guilt of the defendant and positions for or against the death penalty. Some said they would vote to convict even if the prosecution fails to make its case.

It appeared that a clear majority of prospective jurors questioned to that point gave answers which would tend to eliminate them as fair, impartial and aware of or accepting of the burden of proof on the prosecution.

On Feb. 18 – the 17th day of voir dire – The Boston Globe noted the first juror of the day was a brown-skinned man. He was the 207th juror to be questioned.

BOSTON — Alleged Boston Marathon bomber Dzhokhar Tsarnaev's defense lawyers argued Thursday [Feb. 19] that the trial's jury pool has been irrevocably tainted with a presumption of prejudice and therefore the proceedings should be moved out of town.

Posted by The Cool Justice Report at 4:56 AM