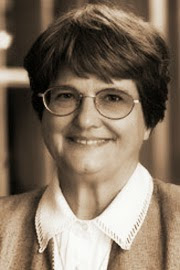 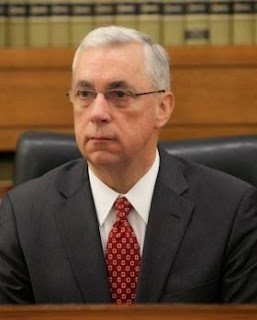 ‘I think you may have to be careful because I think it may open the door to something you don't want. I'm sorry’

Will prosecution produce the defiant notes?
Or, is that all there is?

(Discussion at sidebar and out of the hearing of the jury:)

THE COURT: You seem to be taking a while to get to the point.

MS. CONRAD: Well, no. The point is that, in his interactions with him, he was never defiant, hostile or uncooperative. And that's exactly the point. The July 10th event is what the government wants to focus on --

MR. WEINREB: Your Honor, two days when he lay in thebed in Beth Israel, he wrote one defiant note after another.

He couldn't be defiant physically. He was physically --

MS. CONRAD: I was getting to after he went to Devens. I just had to establish when he first went there. Now we're talking –

MR. MELLIN: They're trying to draw these fine lines and --

THE COURT: No, no. But it's fair game for them to point out that he was defiant on other occasions.

MS. CONRAD: I'm talking about this –

MS. CLARKE: He's not been defiant.

MS. CONRAD: He has not been defiant.

THE COURT: He just said -- I don't know what the evidence is.

MS. CONRAD: He's talking about the interrogation by the FBI the government said they're not offering. I'm talkingabout his interaction.

MR. WEINREB: We're not offering it in our case-in-chief but to cross-examine him to rebut a claim. The defense isn't entitled to put on a one-sided presentation and then keep out evidence that contradicts it. The jury's being misled.

THE COURT: I think it opens the door to evidence of defiance if they have it. I don't know what it is.

MS. CONRAD: I don't know what it is either.

THE COURT: But be warned, it opens --

MS. CONRAD: Even if it's during the course of an un-Mirandized interrogation, which I think is what they're talking about --

THE COURT: I don't know. I'll have to hear what it is.

MS. CONRAD: Well, if it's statements by the defendant, we have not been given discovery under Rule16(a)(1)(A)—

MR. WEINREB: They have all the statements.

THE COURT: I'm just -- okay. I think you may have to be careful because I think it may open the door to something you don't want. I'm sorry.

MR. WEINREB: We don't need to preview our cross-examination. All the statements the defendant made at Beth Israel were produced to the defense. It's up to the jury to decide if they were defiant statements or not. We happen to believe that many of them were.

MS. CONRAD: I do not want to ask whether he was defiant at Beth Israel; I just want to establish when he first met him and under what circumstances.

MR. WEINREB: The question is, was he defiant?

Posted by The Cool Justice Report at 4:35 AM