Bonnie Foreshaw, on the occasion of her latest birthday, 8-25-15: “They don’t prepare you for your freedom.” 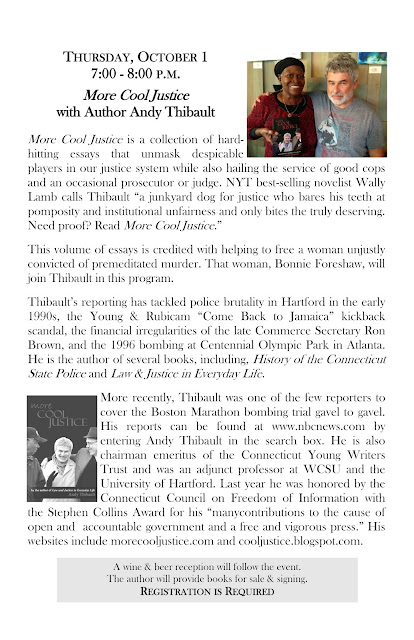 more COOL JUSTICE is a collection of hard-hitting essays that unmask despicable players in our justice system while also hailing the service of good cops and an occasional prosecutor or judge. NYT best-selling novelist Wally Lamb calls Thibault “a junkyard dog for justice who bares his teeth at pomposity and institutional unfairness and only bites the truly deserving. Need proof? Read more COOL JUSTICE.”

This volume of essays is credited with helping to free a woman unj7ustly convicted of premeditated murder. That woman, Bonnie Foreshaw, will join Thibault in this program.


Thibault’s reporting has tackled police brutality in Hartford in the early 1990s, the Young & Rubicam “Come Back to Jamaica” kickback scandal, the financial irregularities of the late U.S. Commerce Secretary Ron Brown and the 1996 bombing at Centennial Olympic Park in Atlanta. He is the author of several books, including History of the Connecticut State Police and Law & Justice in Everyday Life.


More recently, Thibault was one of the few reporters to cover the Boston Marathon bombing trial gavel to gavel. His reports can be found at http://www.nbcnews.com/ by entering Andy Thibault in the search box. He is also chairman emeritus of the Connecticut Young Writers Trust and was an adjunct professor at WCSU and the University of Hartford. Last year he was honored by the Connecticut Council on Freedom of Information with the Stephen Collins Award for his “many contributions to the cause of open and accountable government and a free and vigorous press.” His websites include http://morecooljustice.com/ and http://www.cooljustice.blogspot.com/. 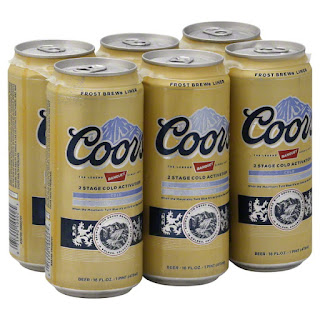 A wine and beer reception will follow the event …


Posted by The Cool Justice Report at 2:44 PM