Cool Justice Editor's Note: STAY TUNED - The Library will offer a variety of public programming for all ages throughout the fall to connect the community to this inspirational story. 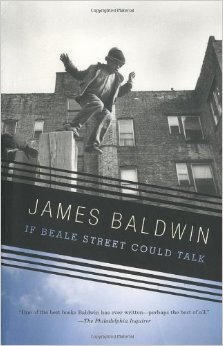 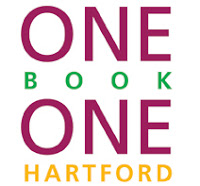 Hartford, Connecticut [FALL, 2015)– Hartford Public Library announced … that this year’s selection for ONE BOOK ONE HARTFORD is If Beale Street Could Talk, a love story set in Harlem in the 1970s. The title is a reference to the 1916 W. C. Handy’s blues song “Beale Street Blues.”

In this honest and stunning novel, James Baldwin penned a moving story of love in the face of injustice. Told through the eyes of Tish, a nineteen-year-old girl, in love with Fonny, a young sculptor who is the father of her child, Baldwin's story mixes the sweet and the sad. Tish and Fonny have pledged to get married, but Fonny is falsely accused of a terrible crime and imprisoned. Their families set out to clear his name, and as they face an uncertain future, the young lovers experience a kaleidoscope of emotions – affection, despair, and hope. In a love story that evokes the blues, where passion and sadness are inevitably intertwined, Baldwin has created two characters so alive and profoundly realized that they are unforgettably ingrained in the American psyche.

The Library will offer a variety of public programming for all ages throughout the fall to connect the community to this inspirational story. 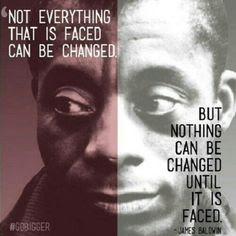 James Arthur Baldwin was born in Harlem, New York City, Aug. 2, 1924 and died on Nov. 30, 1987. He offered a vital literary voice during the era of civil rights activism in the 1950s and ‘60s. The eldest of nine children, his stepfather was a minister. At age 14, Baldwin became a preacher at the small Fireside Pentecostal Church in Harlem. After he graduated from high school, he moved to Greenwich Village. In the early 1940s, he transferred his faith from religion to literature. Critics, however, note the impassioned cadences of Black churches are still evident in his writing. Go Tell It on the Mountain (1953), his first novel, is a partially autobiographical account of his youth. His essay collections [Notes of a Native Son (1955), Nobody Knows My Name (1961), and The Fire Next Time (1963)] were influential in informing a large white audience.

From 1948, Baldwin made his home primarily in the south of France, but often returned to the USA to lecture or teach. In 1957, he began spending half of each year in New York City. His novels include Giovanni's Room (1956), about a white American expatriate who must come to terms with his homosexuality, and Another Country (1962), about racial and gay sexual tensions among New York intellectuals. His inclusion of gay themes resulted in a lot of savage criticism from the Black community. Eldridge Cleaver, of the Black Panthers, stated that Baldwin's writing displayed an "agonizing, total hatred of blacks." Baldwin's play, Blues for Mister Charlie, was produced in 1964. Going to Meet the Man (1965) and Tell Me How Long the Train's Been Gone (1968) provided powerful descriptions of American racism. As an openly gay man, he became increasingly outspoken in condemning discrimination against lesbian and gay people.

“For fifteen years One Book One Hartford has engaged and challenged readers in Hartford. People from every neighborhood and all ages come together to immerse themselves in a great work of literature,” said CEO Matt Poland. “I hope everyone will check out a copy of If Beale Street Could Talk, take part in a discussion or attend any number of programs or performances. Let the conversations begin!”

For more information about upcoming programs for One Book One Hartford: http://www.hplct.org/classes-seminars-exhibits

ABOUT ONE BOOK ONE HARTFORD

One Book One Hartford brings our richly diverse city together around a good book. Reading challenges us to think about ourselves, our environment and our relationships; talking about literature can add depth and breadth to this experience. This is the 15th year for One Book One Hartford, formerly known as One Book for Greater Hartford. Prior authors included Edwidge Danticat, Esmeralda Santiago, James McBride, Azar Naficy, Eve Ensler, Mark Haddon, Angela Johnson, Jacques Pepin, and Junot Diaz.

As a finalist for the 2013 and 2014 National Medal from the Institute for Museum and Library Services, Hartford Public Library has been recognized as a national leader in redefining the urban public library in the 21st century as an innovative and stimulating place where people can learn and discover, explore their passions, and find a rich array of resources that contribute to a full life. Hartford Public Library provides free resources that inspire reading, guide learning, and encourage individual exploration. Serving the residents of Hartford and beyond at its nine branches and Downtown location, Hartford Public Library receives more than 833,000 visits per year from adults, children and families seeking early literacy opportunities, work skills training, civic engagement, arts enrichment, and so much more. Visit www.hplct.org.

Posted by The Cool Justice Report at 11:56 AM