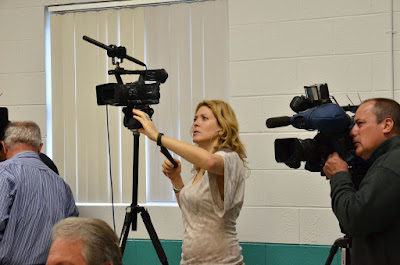 The Greenwich International Film Festival will hold its second annual event from Thursday to Sunday, June 9 to 12, in Greenwich and Stamford. This year's lineup has movies starring some of the biggest stars in the movie world today: Kristen Stewart, Woody Harrelson, Ellen Page, Paul Rudd, Michael Shannon, Liam Hemsworth.

However, Nutmeggers will likely have the most interest in the movies with strong ties to the state. These include the Connecticut premiere of the documentary "Newtown," a documentary about Connecticut native Norman Lear, and a 1994 documentary about Bonnie Jean Foreshaw, who was sent to prison after a 1986 Hartford killing and not released until 2013, after evidence surfaced that showed her public defender bungled her case.

'Nature Of The Beast'

Foreshaw was convicted of first-degree murder and sentenced to 45 years in prison after accidentally shooting and killing a pregnant woman on Albany Avenue on March 27, 1986, while trying to defend herself against a man who was threatening her. The man was using the pregnant woman, Joyce Amos, as a human shield. Foreshaw, who lived in Bloomfield, carried a gun to protect herself against her abusive husband ... 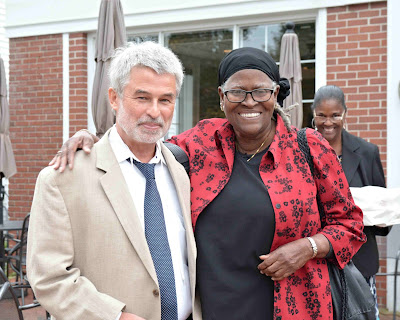 
TABLE SETTER:
‘The Nature of the Beast’ Redux

GREENWICH, Conn. – Acclaimed Pasadena, CA-based documentary filmmaker and Yale alum Ondi Timoner will host a screening of her landmark work, ‘The Nature of the Beast,’ June 10 at 7 pm as part of the Greenwich International Film Festival.

Timoner won the Grand Jury Prize at the Sundance Film Festival twice, for ‘DIG!’ and ‘WE LIVE IN PUBLIC.’

‘The Nature of the Beast’ chronicles the unjust prosecution of battered Hartford woman Bonnie Foreshaw for jacked-up charges in an accidental shooting. Timoner, whose ‘BRAND: A Second Coming,’ had its TV premiere on Showtime this month, will host a question and answer session after the screening of ‘The Nature of the Beast.’

Her upcoming projects include a biopic of American photographer Robert Mapplethorpe. She will direct a script she wrote about Mapplethorpe.

Timoner produced and filmed ‘The Nature of the Beast’ while at Yale in the 1990s.

“I was sure my film would force the powers-that-be to release Bonnie back in 1994, but the film went on PBS and nothing happened,” Timoner wrote in the Prologue to ‘more COOL JUSTICE,’ a collection of newspaper columns by Andy Thibault featuring the Foreshaw case.

“I realized people weren’t watching documentaries in the early 90s so I went to Los Angeles to try to get a TV movie made to reach people and start a movement,” Timoner said, “but I was told the story was too controversial.”

Foreshaw ended up serving more than 27 years on a charge of premeditated murder of a woman she had never met.

Foreshaw was granted a clemency hearing and ultimately freed after Thibault and Digital First Media published a memo called The Blue Note by former public defender Jon Blue – now a Superior Court judge – who presided over the Cheshire murder cases. Blue and others argued the proper charge for the accidental shooting should have been manslaughter.

The memo was made public in a Cool Justice column published in May 2013 by the New Haven Register, The Register Citizen of Torrington, The Middletown Press and Litchfield County Times. Foreshaw was granted clemency six months later after the state reversed a decision denying her a hearing.

Timoner resumed her coverage of the case during and after the clemency hearing.

Foreshaw, a contributor to the acclaimed prison journals “Couldn’t Keep It To Myself” and “I’ll Fly Away,” has begun work on a memoir. She has also spoken at libraries and colleges since being released on Nov. 15, 2013.

'The Nature of the Beast' will be shown at the Greenwich Public Library. Tickets are available via the

Posted by The Cool Justice Report at 3:29 AM