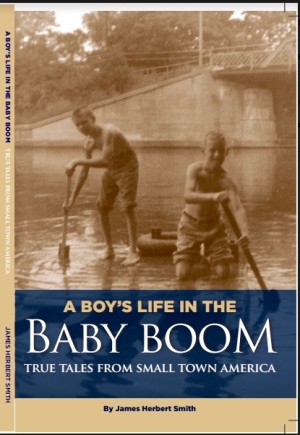 A memoir about growing up in the post-war baby boom, which takes us back to a freedom in childhood unheard of today. As the first boomers turn 70 this year, Smith among them… The memoir reminds us of both the travails and the ecstasy of being a kid, a teen-ager, and maturing through failure and success.

James Herbert Smith was born in the first year of the Baby Boom, 1946, and grew up in Pittsford, NY, the setting of this book. As a young father he moved to Connecticut and began a career in Journalism, where for nearly five decades he wrote and edited thousands of stories for what has been called “the first draft of history” in our daily newspapers. He lives in Connecticut with his wife Jacqueline, also a journalist.

Posted by The Cool Justice Report at 6:56 AM