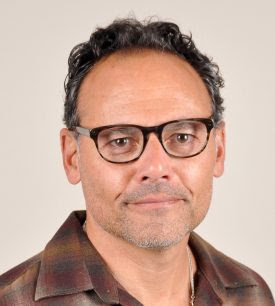 According to the Washington Post, “it’s been a bad 2017 for Jews.” During the month of January, 48 bomb threats were called in to Jewish community centers across the country. Also last month, a neo-Nazi made national news by promising to hold a march in Whitefish, Montana to intimidate the town’s small Jewish population.

This, of course, was followed by another unprecedented press conference by our President during which two reporters were moved to ask Mr. Trump about the rise in anti-Semitism. Many of us were aghast at the President’s rude and dismissive response, and his unwillingness to address the question seriously. The fact is, the country is experiencing an alarming increase of anti-Semitic incidents, and this has been trending upward since 2015. A security report issued by the Department of Homeland Security on protecting houses of worship stated that the United States has approximately 345,000 religious congregations representing 230 denominational groups and roughly 150 million members. Despite being sanctuaries from the troubles of the world, houses of worship have also been targets as violence has spiked across the country in recent years. The killing of nine people at Emanuel A.M.E. Church in Charleston, South Carolina was the largest mass shooting in a house of worship since 1991, when nine people were shot at the Wat Promkunaram Buddhist temple in Waddell, Arizona, northwest of Phoenix.

The intent of this column is to generate awareness and provide a short guide which contains security practices for religious institutions, parishioners and our non religious communities to help deter threats, mitigate hazards and risks, and minimize the damage caused by an incident in or around a house of worship, including mass casualty events. 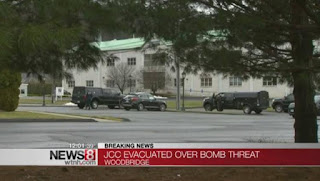 I preface with the word “short” because there is a wide range of methods from programmatic and procedural considerations to technological enhancements that religious facilities and their leadership may consider implementing based upon the most likely threats to their facilities and their available resources. Basic security principals would suggest taking a blended approach to security and safety with the goal of hardening the facility to deter, detect and/or delay a criminal occurrence before it happens. The next steps are equally important and this is where lives are saved and mass casualties are reduced. Selecting the appropriate response to a threat or armed intrusion will help facilitate a safe transition into an effective recovery and restoration of services mode.

Identifying and evaluating a known or potential threat to a given facility is the first step of a security assessment. The results of which will guide the process of developing a security plan. A proper readiness plan will aim to deter a threat or mitigate a threat by reducing the religious facility’s vulnerability to those threats.

As stated before, all life safety solutions should be designed using a blended approach to managing risk. Protecting a religious facility means your emergency management plan(s) must address an all-hazard approach to both natural hazards, e.g., infectious diseases and illnesses, fire, and seismic and weather-related events (hurricanes, tornadoes, flash floods) as well as targeted attacks. Spontaneous and pre-planned attacks are likely to occur by individual(s) who use firearms; improvised explosive devices (IEDs); vehicle-borne improvised explosive devices (VBIEDs); chemical, biological, or radiological attacks; or arson in order to inflict a number of casualties and damage to religious facilities.

As previously mentioned earlier, a house of worship environment is managed by creating layers of protective measures in collaboration with state and local partners that allow religious institutions to deter, detect and delay threats. These layers also allow an institution to consider a threat as soon as possible and to more effectively respond to, further deter, eliminate or mitigate that threat.

• Barriers, such as locked doors or fixed barriers or uniform security personnel should be in place to deter or delay a threat and afford more time for effective decision making.

• Having the correct inbound and outbound communication network in place will influence a number key decisions. Time, or the lack of time, is a principle disrupter of effective decision-making. Sound communication strategies such as emergency email blasts, voice activated alert systems, and silent alert systems help to improve response to and during a crisis. An effective communication protocol should expand the window of time available to leaders to make sound decisions.

• Plans for Diverse Needs of Children and Staff

Cool Justice Editor’s Note: By way of disclosure, Cool Justice is an occasional denizen of Integrated’s Hartford office and once in a while even does a little work …


Posted by The Cool Justice Report at 5:49 AM