See & Hear All About It! May 1 @USJCT - Erin Moriarty's Chilling, Blockbuster Report on Stalking @48hours 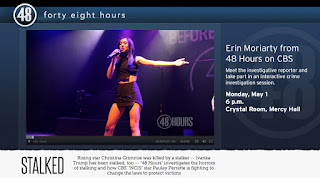 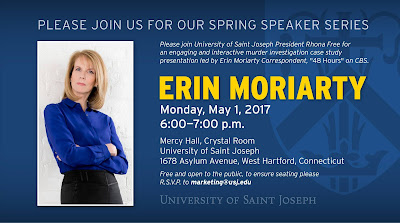 Before the event please review the links below.

Erin Moriarty has been a correspondent for "48 Hours" since 1990. She has covered the death of Princess Diana, the JonBenet Ramsey investigation, the murder of financier Edmund Safra, and the war in Iraq.

Drawing on her training as an attorney, Moriarty has examined some of the most important social and legal issues of the day, including DNA testing of evidence in death-row cases, the abortion controversy and battered women's syndrome. She covered the Oklahoma City bombing, the Columbine High School shootings and the 9/11 investigation, overseas. Her exclusive behind-the-scenes report on the defense of convicted Oklahoma City bomber Timothy McVeigh was broadcast on "60 Minutes" in 1997. 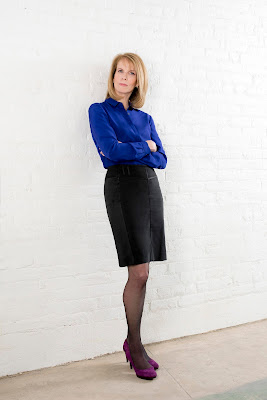 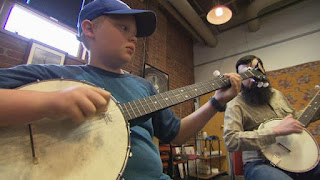 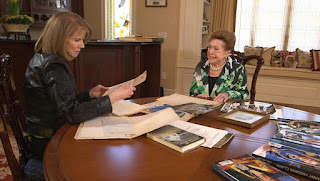 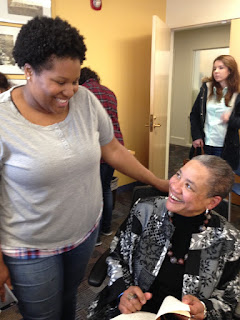 Posted by The Cool Justice Report at 7:29 AM