Illinois Prosecutors Harass Students In Feeble Effort To Save Face 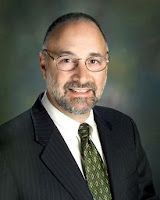 EDITOR'S NOTE: This column is available for reprint courtesy of The Cool Justice Report, http://cooljustice.blogspot.com

Ryan noted that half of the past 300 capital convictions in his state had been reversed for a new trial or resentencing. That, alone, was an indictment of the prosecutors in that state.

Enter Professor David Protess and his undergraduate investigative journalism class at Northwestern University. Protess' budding journalists signed on for demanding projects, investigating cases of possible wrongful convictions. Going way beyond the demands of the typical college course, these youngsters got out from behind their computers to do real life investigative journalism. They hit the streets, the shady bars and back alleys in hopes of finding possible witnesses to right what they perceived as major wrongs of our justice system. Through the years they succeeded in providing the groundwork for the reversal of 11 of 50 convictions -- including five awaiting execution on Illinois' death row!

So how do the prosecutors react?

In response to the work done by students investigating the conviction of Anthony McKinney, who was convicted of murder in 1978, the State's Attorney's office recently issued subpoenas for the students' grade records, expense reports, and other items in an apparent attempt to demonstrate some personal gain by these students.

Wouldn't committed college students strive for good grades? Does that lessen the impact of evidence that McKinney may have been the victim of a 30 year-old injustice?

McKinney claims that his confession at that time was coerced. The Innocence Project started at Cardozo Law School in Yeshiva University by Barry Scheck and Peter Neufeld to serve the same purpose. To date, 254 wrongfully convicted inmates have been exonerated. Most have spent years of their lives languishing in jail cells, forgotten by all but the closest relatives, dealing with the despair of knowing their lives have been forfeited. Imagine the desolation and sense of abandonment faced with each day that passes thinking no one really cares that you are innocent of the crime for which you have been imprisoned.

Cases like these and the 11 that Protess' students have pursued are not lightly reversed. The process is grueling. Even when evidence is established that casts serious doubt on the veracity of witnesses and the legitimacy of the verdict, there are monumental legal hurdles. The law favors finality. At some point these convictions become virtually unassailable.

Applications for a Writ of Habeas Corpus may be based on claims of actual innocence but reviewing courts are mandated to construe the evidence in a light most favorable to upholding a jury's verdict. Most challenges fail on this rigid legal standard.

But for the advent of modern DNA testing the Innocence Project would have had little success overturning so many wrong verdicts. Instead of the knee jerk reaction of these defensive prosecutors in Illinois looking to save face, perhaps they should be applauding the efforts of these students. They have succeeded in restoring the lives of 11 people who were left with little hope.

It appears instead that these lawyers are giving credence to the cynical maxim, "No good deed goes unpunished."

Bridgeport, CT attorney Richard Meehan Jr. was the lead defense counsel for former Bridgeport Mayor Joseph Ganim's corruption trial. Meehan has been certified as a criminal trial specialist by the National Board of Trial Advocacy since 1994 and serves on the organization's Board of Examiners. He is a Charter Fellow, Litigation Counsel of America -- Trial Lawyer Honorary Society. Meehan has also obtained multi-million dollar verdicts and settlements in complex medical and dental malpractice and personal injury litigation. He is a past president of the Greater Bridgeport Bar Association and appears regularly on TruTv. His column also appears in the Sunday Norwich, CT Bulletin. Website, www.meehanlaw.com

Posted by The Cool Justice Report at 3:00 AM

Today's revelations seem to point away from the whole Innocence thing and right at Pay to Play.