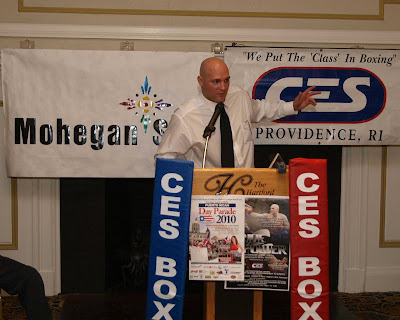 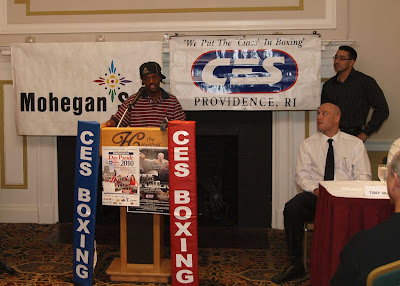 -- Machine Gun Mike Says He Is Ready For June 26. TNT Tony And Michael Parenti Of CES Look On During Press Conference @ The Hartford Club Thursday. 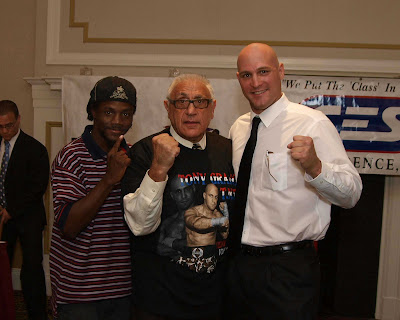 “Grano is probably the most popular boxer in New England,” promoter Jimmy Burchfield said. “He has a growing legion of fans that support him whenever he fights. We’ve loaded this card with some of the best fighters in Connecticut like Mike Oliver, David Bauza and Chad Dawson’s older brother, Rick. Joe Smith, Jr. will be in action looking for his fifth first-round knockout in his fifth pro fight.”

Oliver, the reigning New England and EBA super bantamweight champion, faces former multiple title-holder Mauricio “Indio Boy” Pastrana (35-13-2, 23 KOs) in the co-feature. Oliver, another Hartford fighter, is rated No. 4 by the USBA. Pastrana has been world champion of the IBF, WBA, IBO, and IBA.

Posted by The Cool Justice Report at 6:42 PM