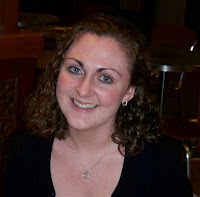 Once she takes a little time to relax, she’s heading down to Philadelphia for an intensive teacher training program by Teach for America, an arm of AmeriCorps that sends graduates into the inner cities to teach high school students.

“I’ll be teaching in a school in Washington, DC ...

Hefferon, Recent Yale Grad
Will Serve In Teach For America, An Arm Of AmeriCorps


LITCHFIELD — Lauren Hefferon of Litchfield, the 2003 state prose champion and a recent graduate of Yale University, will be the pre-dinner speaker at the Celebration of Young Writers, the culmination of an annual contest that challenges students across Connecticut to submit their original poetry and prose for prizes.

Hefferon was a student at Chase Collegiate in Waterbury when she won the prize. Her mother Lynn resides in Litchfield, while her sister, Emily, attends Notre Dame University.

Hefferon, now 22, graduated from Yale University last week after completing a double major in history and international studies. Once she takes a little time to relax, she’s heading down to Philadelphia for an intensive teacher training program by Teach for America, an arm of AmeriCorps that sends graduates into the inner cities to teach high school students.

“I’ll be teaching in a school in Washington, DC,” Hefferon said. “I start teaching in the fall.”

Hefferon said she has little teaching experience, but is looking forward to the opportunity being provided by Teach for America. “It’ll be an adventure,” she said.

Her connection with the Celebration of Young Writers is Andy Thibault, who oversees the annual program. “I’ve known Andy Thibault since I was a kid,” she said. “I think he knew who I was before I knew him. The year I won the prize, he told my mother to buy tickets for the award ceremony. My family hadn’t been planning on going to it, but he said, ‘You might want to get tickets.’ And I won the prize for fiction.”

Her story, which she has “sadly” never finished, she said, is about a Fresh Air Fund kid who comes to Connecticut from New York City for the summer. “It’s about his first day,” she said. “I wrote it as the beginning of a story.”

Though she has spent the last four years at Yale in New Haven and has vacationed and studied in cities, she always loves coming home to Litchfield.

“I keep telling my mother, you can’t move. I have to have a place to come back to,” Hefferon said.

At tomorrow’s dinner, she’s not sure what she’s going to say to the guests and young writers in attendance. Robert Leuci, a former New York narcotics detective who is now a novelist and English professor at the University of Rhode Island, will deliver the keynote address.

“I’m meeting wth Bob Leuci beforehand to decide what we’re going to say and do,” she said.

She also noted that writing is a big part of her life to this day. “I took some amazing writing classes at Yale,” Hefferon said.

“I had written probably more essays than most of my friends. I spent a lot of energy writing, because I had two senior thesis projects. I’m happy and elated and still kind of shocked that I won a prize for my history essay, which was about women’s suffrage in Mexico in the 1950s. The idea is to pick a topic that hasn’t been written about yet. So I did a lot, especially the last year.”

After her teaching gig, Hefferon hopes to go to graduate school and major in English. “I wanted to teach before I started the rest of my life,” she said with a laugh.

“Teaching is something that I’ve always wanted to do, and I did tutoring programs and worked in schools in Waterbury but it was hard because it was inconsistent. So I’m looking forward to this.”

Hefferon will join guests and students at the Celebration of Young Writers [TODAY], June 3.

Two Litchfield County students and one entrant from Westover School in Middlebury are among regional winners who could receive the state prize to be awarded at The Hartford Club, 46 Prospect St.

The ceremony and dinner, which will feature live music and entertainment, are open to the public. Tickets cost $50.

By JACK CORAGGIO
Specisl to The Register Citizen

The competition is whittled down to 16, with two finalists to represent each of the eight Connecticut counties. The ultimate showdown comes to Hartford Thursday, June 3, when these teenage contestants match up for the 13th Connecticut Young Writers Competition crown.

The brainchild of local journalist/analyst/professor/political watchdog Andy Thibault, with the assistance of the Connecticut State University System, the prize distribution equals $10,000. Of that $10,000, $8,000 is split between the county champions, half of whom made it on prose, the other half poetry. And that’s how the two winners will be divided: one for prose and one for poetry.

Perhaps one of these two, or maybe both, will be named the victors. If not, just getting to this spot is quite the honor, this year saw 795 applicants, the highest in the trust’s history. The previous record was 647. 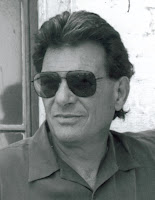 Along with 2003 prose champ Lauren Hefferon, Bob Leuci, a novelist and professor at the University of Rhode Island, will be one of the keynote speakers at the event. Quite a fast talker, in the literal not pejorative sense, he has an idea of what he’ll talk about: writing.

“There’s an invisible link that connects all people who perceive themselves as writers,” he told The Litchfield County Times.

And if you perceive yourself as a writer, you are a writer, he believes.

“You look at the world through a special kind of prism…and I care about the people who concern themselves with everyday life,” he said. “I’ll be talking in those terms, to people interested in all forms of writing. Writing is writing. What is it about the craft of writing? How good can it be? I’m talking too fast, aren’t I?”

The ceremony will include a couple of live bands, like the Bridgeport-based Latin rock band Cosmic Jibaros along with the Jen Allen Big Band, hors d’oeuvres, dinner, the works.

“It’ll be like a sports banquet, but with better music,” said Mr. Thibault.

The event is at The Hartford Club, 46 Prospect Ave., and there’s still time to get in, the ceremony and dinner are open to the public. Cost is $50. The reception begins at 5 p.m., the dinner an hour-and-a-half later. People can send a check to CT Young Writers Trust, 231 Beach St., Litchfield, CT 06759.

Or to learn more, visit http://cooljustice.blogspot.com/2010/05/young-writers-status-report-complete.html.

Posted by The Cool Justice Report at 2:36 AM

it's good to see this information in your post, i was looking the same but there was not any proper resource, thanx now i have the link which i was looking for my research.