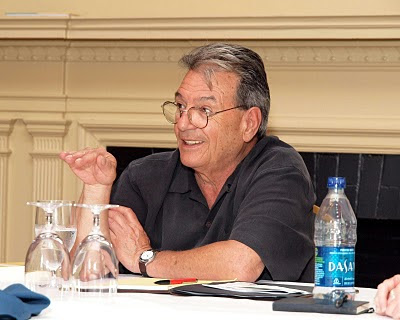 Leuci proceeded to publish his first novel, "Doyle's Disciples," and ended up writing seven other police novels, a number of short stories and a few screen plays, one of which was used for the television show "100 Center Street."

All of his books have been translated to five different languages and he has also written a radio-play that debuted in Germany. In addition, Leuci has written numerous book reviews for the Providence Journal and articles for the New York Daily News Magazine.

His favorite novel he wrote, he said was "Fence Jumpers" because it was "very emotional" and "a fun book."

"I am a part of each of the characters in the book," Leuci said.

... His teaching career also consists of teaching at Western Connecticut State University and lecturing at 40 universities about ethics and morality.

While Leuci has found success as a writer, teaching remains one of his greatest passions.

"Students are the most important to me," Leuci said. "It is a wonderful gift to me to see them grow."

Posted by The Cool Justice Report at 1:31 AM