New @PBS documentary features Branford, CT couple -- 'The only man who took his girlfriend along' 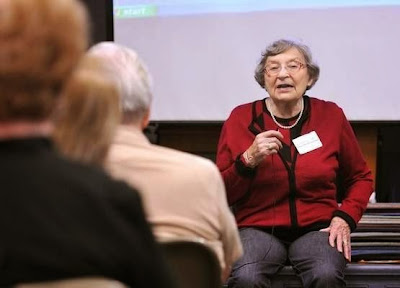 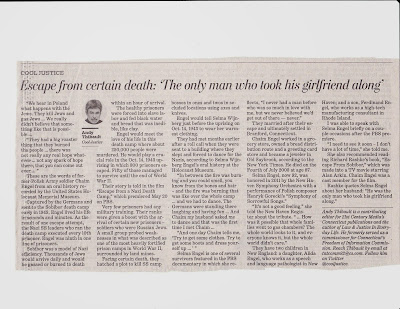 Cool Justice column
Escape from certain death: ‘The only man who took his girlfriend along’

“We hear in Poland what happens with the Jews. They kill Jews and gas Jews … We really didn’t believe that something like that is possible ...

“They had a big roaster thing that they burned the people … there was not really any real hope whatever … not any spark of hope there, that you can come out ever … ”

These are the words of former Polish Army soldier Chaim Engel from an oral history recorded by the United States Holocaust Memorial Museum.

Captured by the Germans and sent to the Sobibor death camp early in 1943, Engel lived his life in seconds and minutes. As the result of one escape attempt, the Nazi SS leaders who ran the death camp executed every 10th prisoner. Engel was ninth in one line of prisoners ...


Posted by The Cool Justice Report at 7:55 AM