Flashback: Who's That Lady? 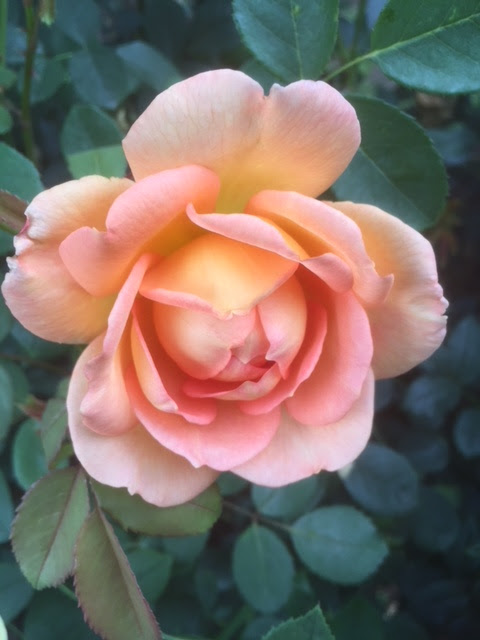 Story Reprinted from Law and Justice in Everyday Life, Chapter 8, Art and Politics

Tucked away in a dark corner of Hartford’s Wadsworth Atheneum is a treasure that has attracted international scholars engaged in aesthetic and political debate.

The subject is a beautiful woman. She is a confined woman for whom the rule, “Look, Don’t Touch,” would be liberating. For she is a Victorian lady, “The Lady of Shalott,” and just looking is a bit too much. Never mind living in the outside world. Alfred, Lord Tennyson wrote the lady’s death warrant with his poem, “The Lady of Shalott.” William Holman Hunt (1827-1910) painted the climax of the lady's demise, and the Wadsworth first exhibited the painting in 1962.

The Lady of Shalott has a full-time job, locked in a tower, weaving a tapestry of life at Camelot: “ ... She weaveth steadily / and little other care have she.”

But, “A curse is on her, if she stay / Her weaving, either night or day, / To look down to Camelot.”

Her single joy -- as well as her curse -- is to view the outside world only through a mirror.

Tennyson’s poem was written at a time when feminism and a burgeoning suffrage movement aroused anxiety. A predominant Victorian theme described women as “Angels of the House.”

“This painting is meant to tell women who look at it, `Do this -- go beyond your proper place -- and you'll be doomed,’ ” said Dr. Shuli Barzilai, one of many scholars from around the world who came to Hartford to view Hunt’s “The Lady of Shalott.”

Ever a defender of the dominant Victorian social class, Tennyson might have been sympathetic with the factory owners who benefited from the ideology of the poem and the many paintings inspired by it.

The opulence of Hunt’s work struck Barzilai. “Although the image itself is static,” she said, “all the details combine to transmit a dynamic and highly dramatic narrative about the lady’s sudden fall from grace. There’s a lot going on there: the disturbed doves rushing about because of the curse that’s fallen upon the lady, the extinguished lamp, the fallen irises -- symbols of her sin of disobedience. There’s Sir Lancelot in the background riding on in his heedless way, unaware of the destruction he has brought upon the lady.”

For other scholars, the painting offers a perspective on the conflict between art or contemplation and the real world.

Hunt labored over his obsession for many years, completing it in 1905. English schoolchildren also demonstrated their devotion to Tennyson’s "The Lady of Shalott" by memorizing it and many other of his poems.

L.M. Montgomery, author of “Anne of Green Gables,” was so moved by the painting and poem that she had her main character act out “The Lady of Shalott” and nearly drown. Other paintings of the lady, most notably John Waterhouse's 1888 version, show her shortly before death, with darkened eyes, floating on a boat as her blood is “frozen slowly.”

Barzilai, professor of English at Hebrew University of Jerusalem, calls Hunt’s “The Lady of Shalott” at the Wadsworth “the most magnificent version” and a “squandered asset.”

“You have to hunt for Hunt,” she said. “There is no natural light; I wonder if there could be a more appropriate appreciation of its historical value.”

Barzilai said the brilliant colors, texture and design are ill served by the museum’s staging of the painting. “The mise en scene is appalling -- and also surprising given the historical and cultural importance of this work of art,” she said.

“The hunter green walls are not, to put it mildly, the best of background for this painting, or for most others for that matter,” Barzilai said. “The intensely green surroundings leach color from Hunt’s canvas. In addition, the overhead glare from the lamps obscures the painting from different angles. A special effort is required to see it in its entirety.”

Indeed, it is easy to walk by the Wadsworth’s “The Lady of Shalott,” hung as it is in the darkened, deep-green paneled room off the beaten track on the second floor. Barzilai said she observed a number of visitors to the gallery walking right by.

Upon turning back, the viewer can see the scene depicted in the climax of the poem. The lady hears Sir Lancelot riding by. She leaves her loom, daring to take a glimpse at Camelot.

A wild storm shatters her mirror. The threads from her tapestry fly apart and wind around her body. The wind whips her hair about. The lady has been disobedient; she is doomed.

The lady's pre-cursors who fell from grace -- Eve and Pandora -- are also depicted among the many symbolic images surrounding her.

Susan Hood, spokeswoman for the museum, called Hunt’s “The Lady of Shalott” “just one of many, many thousands” of master works at the Wadsworth.

“The museum’s collections are rich and famous,” Hood said. “It is in a gallery with art appropriate to the era.”

The Wadsworth's version of “The Lady of Shalott” goes on loan in January and will be back on view in May-June 2001.

Upon its return, Barzilai suggested the Atheneum develop a topical series of gallery talks or lectures, including the influence of the 19th century Women’s Liberation Movement in Great Britain on the way male artists represented women during the period. She said Hunt’s painting could serve as an index of cultural anxiety.

Posted by The Cool Justice Report at 4:13 AM