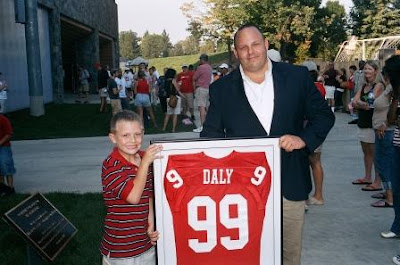 Connecticut's young poets and writers will be able to enter a streamlined competition in 2011 following pledged infusions of cash to the CT Young Writers Trust in recent days.

The Trust's board received pledges totaling $20,000 on Wednesday from the Connecticut State University System and the family trust of a Glastonbury businessman. The CSU System donation of $10,000 is expected in early January and Matthew Daly's donation of the same amount from his family trust is expected in February. Before Wednesday, the Trust had no funding for the 2011 competition.

Entry forms will be posted at the CSU System page http://www.ct.edu/initiatives/ctyoungwriters/
in early January and mailed to all public, private and parochial schools. Home school students are also eligible.

"This is a far too important program to see die because of lack of funds," Daley said. "We must continue to provide such writing exercises and contests to our young people. I am proud to support such an effort."

"Matt Daly is our holiday rescue angel," said Andy Thibault, chairman of the Trust. "Without his support, we were facing an immediate shutdown."

The Trust has given more nearly $200,000 to young poets and writers since 1998. About 6,000 students have participated in the competition.

As the economy soured in recent years, the Trust lost upwards of $10,000 in funding from its corporate benefactor IMPAC. Jim Irwin, the IMPAC chairman and founder of the competition, died in September 2009.

Since 2000, The Trust and the CSU System have organized four regional ceremonies and an annual dinner celebration. For the 2011 competition, there will be one event to be scheduled in the spring.

Widespread community support has sustained the program over the years. Small businesses, banks, lawyers, real estate agents and others have donated upwards of $75,000 for expenses.

Winter will manage operations and fundraising. Thibeault will manage the finances and maintain all records and filings.

The annual entry deadline of Feb. 1 will be postponed at least a month. More announcements will be forthcoming.

Ronald Winter is an author, public relations executive, college professor and award winning journalist. He regularly writes and speaks on the military and politics. 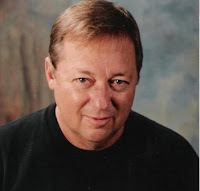 Ron is author of the book Masters of the Art, A Fighting Marine's Memoir of Vietnam published by Random House, and writes Winter's Soldier Story, his website, blog and column.

His newest work of non-fiction is Granny Snatching, How a 92-Year-Old Widow Fought the Courts and Her Family to Win Her Freedom. A long-time journalist, Winter worked for newspapers including The Hartford Courant and Journal Inquirer of Manchester.

Winter also was a team member of Poets &Writers For Avery, supporting free speech rights in the landmark case [aka The Famous Douche Bag Case] now before the U.S. Second Circuit Court of Appeals.

He has served as a judge for the Connecticut Young Writers Competition for six years.

He was featured in 2004 in the Library of Congress' Veterans History Project; is an adjunct professor of communication at the University of Hartford; and is a director for Michael J. London &Associates Public Relations firm in Trumbull, CT.
--
CAROL THIBEAULT SHORT BIO 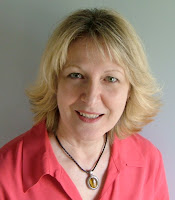 Thibeault, a Realtor, earned an accounting degree from Central Connecticut State University in 2000.

Matt Daly, a business consultant based in Glastonbury, was a defensive tackle for Marist College where he graduated in 1991.

LITCHFIELD — It seems as if Christmas has come a few days early for the Connecticut Young Writers Trust.

The non-profit organization which has held a competition for high school students in both prose and poetry since 1998 was facing its dissolution going into Wednesday’s board meeting because of a lack in funding. That isn’t the case any longer.

Thanks to Glastonbury resident Matthew Daly, the Connecticut Young Writers Competition will live to see another day because of his financial donation of $10,000. The Connecticut State University System (CSUS) will match the donor’s gift, giving the competition enough fuel for another year.

“It’s a terrific organization we can’t let die,” the former state congress candidate said. “Our young people are given such an enormous opportunity [through it].”

Daly, son of a former Federal Justice T.F. Gilroy Daly, said he was approached by “an old friend” and given the mission of the fund. After hearing the purpose of the organization and its competition, Daly felt willing to help out the group’s monetary woes, saying he has always had a place in his heart for the literary arts.

“I have a very strong passion for writing, myself,” he added.

The “old friend” who approached Daly was six-year competition judge Ron Winter, who recently stepped up as the program’s executive director and said when he learned of the rut the organization was in, immediately thought of Daly.

“I didn’t realize the program was in jeopardy,” Winter said. “[Daly] helped out a lot of programs before so I called him up and asked if he could help,”

Along with Daly, CSUS has once again thrown their hat into the ring, supporting the fund for the 11th straight year.

“We were always willing to be a partner,” Senior Vice Chancellor for Academic and Student Affairs Louise Feroe said, adding that as long as the competition still has a breath left in it, “we’re delighted.”

CSUS and the fund’s board members aren’t the only ones jumping with holiday joy. Former competitors know how much the prose and poetry limelight can mean to high school aged kids.

“As a writer, it’s a great encouragement,” 2003 prose champion Lauren Hefferon said. “It encourages talent and proves there’s a network of writers out there.”

Hefferon, a Yale University graduate and keynote speaker for the 2010 competition added that the donation by Daly is “a pretty nice Christmas present.”

“I’m so glad to hear it’s getting another chance this year,” said Melanie Lieberman who won the prose championship four years following Hefferon. “Having the recognition can mean so much to a student. It’s such a great opportunity and I’m so thrilled.”

That same thrilling feeling was felt throughout the Young Writers board, with trust chairman Andy Thibault mentioning how much it the donation meant.

“It’s a renewed commitment,” said Thibault, who has witnessed the program’s growth and been a huge part of it since its inception. “It’s great and unexpected news to have a holiday donor. A rescue donor.”

While the joyous news may have come as a surprise to many, everyone from top to bottom is aware the future of the competition will remain an uphill battle.

“We have a lot of work do do right now,” he added. “That’s priority number one.”

According to Thibault, the trust is trying to get the entry forms online as early as the first week of January and instead of the usual five annual ceremonies, the organization may have to combine into a single one.

While the competition may see some changes in the near future, the program’s new favorite son says it still has what it takes to move forward.

“It can grow exponentially,” Daly said. “Some of the people involved can really help it expand.”

As long as contributors such as Daly are around, the competition which has seen over 6,000 students and has given nearly $200,000 in prizes can continue its support of hard-working competitors, giving the nod to those directly involved, providing the Young Writers Trust with a Christmas present its sure to remember for years to come.

Posted by The Cool Justice Report at 4:03 AM