Yale's botched #WoodyAllen report used as a club on #DylanFarrow; that is telling 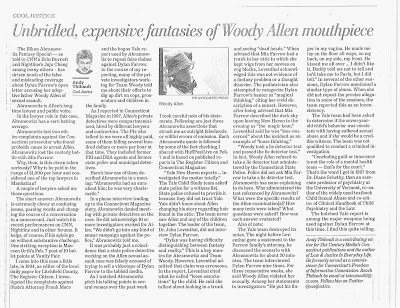 The Elkan Abramowitz Fantasy Special – as told to CNN’s Erin Burnett and Nightline’s Juju Chang among many others – has driven much of the false and misleading coverage about Dylan Farrow’s open letter accusing her adoptive father Woody Allen of sexual assault.

In the lawyer role in this case, Abramowitz has a zero batting average.

Why, then, is this clown taken seriously? Why is he paid in the range of $1,000 per hour and considered one of the top lawyers in Manhattan?

A couple lawyers asked me those questions.

The short answer: Abramowitz is extremely clever at confusing issues, parsing words and changing the course of a conversation in a nanosecond. Just watch his recent performances on CNN, Nightline and in other forums. It helps, of course, if his spiels go on without substantive challenge. One striking exception is Maureen Orth’s Feb. 7 post of 10 bullet points at Vanity Fair ... 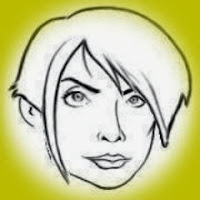 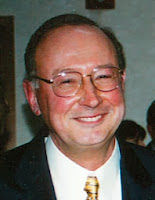 Blast from the past: #GloriaSteinem’s support of NYC caseworker fired in #WoodyAllen probe

Page Six clip from 1995; click on image for better viewing:

Posted by The Cool Justice Report at 5:02 PM