No showing of harm to Danbury mayor outweighing public interest 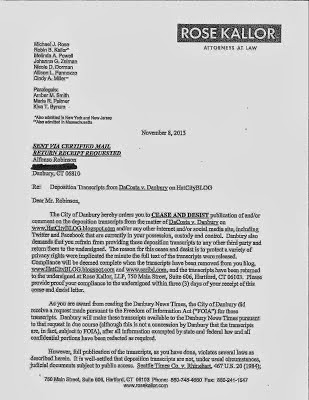 How deep are Danbury taxpayers on the hook for bad jokes?

They talk for several hours.

Two months later, a blogger reports about an alleged extra-professional relationship between the mayor and a personnel director who was terminated and put on paid administrative leave for six months.

Lawyers for the mayor try to intimidate the blogger, pretending they have the authority to order him to remove two short news items. 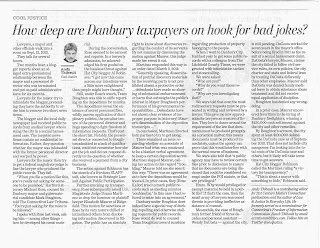 The blogger and the local daily newspaper had received public records from another lawyer who is suing the city in a sexual harassment case. The targeted news items contain no confidential information. Rather, they question whether the mayor was infatuated with the former personnel director and warped by power.

Lawyers for the mayor then try to get a federal magistrate judge to fine the lawyer who produced the public records. They fail.

“When you file a motion like this, you’re really not asking for someone to be punished,” Hartford attorney Michael Rose, counsel for Danbury mayor and gubernatorial candidate Mark Boughton, told The Connecticut Law Tribune. “You’re just asking for the rules to be followed.”

I spoke with Rose last week, asking him – among other things – how he developed his comic material. 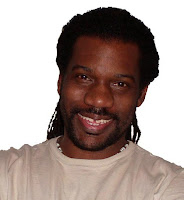 During the conversation, Rose seemed to be earnest and capable. In a lawyerly admission, he acknowledged his firm goofed on the baseless threat against Hat City blogger Al Robinson: “I get how this came across; our intentions were a little more enlightened than people might have thought.”

Posted by The Cool Justice Report at 3:44 PM