Every Now And Then, Some Legislators -- Like Gonzalez & Vargas -- Step Up For Justice 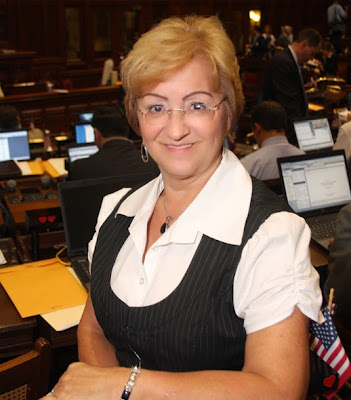 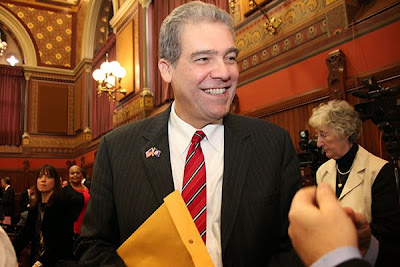 `It sure ain’t America.' 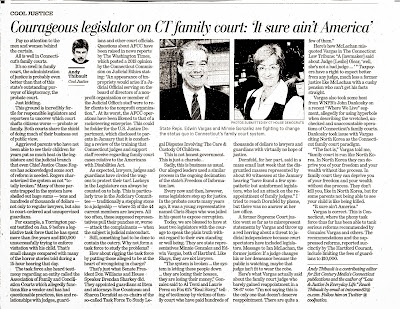 Cool Justice column:
Is Family Court A Racket: Or What?

Pay no attention to the men and women behind the curtain.

All is well in Connecticut’s family courts.

It’s so swell in family court, the administration of justice is probably even better than that of this state’s outstanding purveyor of kleptocracy, the probate court.

This ground is incredibly fertile for responsible legislators and reporters to uncover which court shafts citizens worse – probate or family. Both courts share the shield of doing much of their business out of public view.

Aggrieved parents who have not been able to see their children for years put so much heat on the legislature and the judicial branch that even Chief Justice Chase Rogers has acknowledged some sort of reform is needed. Rogers characterized the system as not “totally broken.” Many of these parents trapped in the system have shelled out huge sums – tens and hundreds of thousands of dollars – not only to regular lawyers, but also to court-ordered and unsupervised guardians.

For example, a Torrington parent testified on Jan. 9 before a legislative task force that he has spent more than five years and $50,000 unsuccessfully trying to enforce visitation with his child. That’s small change compared with many of the horror stories told during a 15-hour hearing that day.

The task force also heard testimony regarding an entity called the Association of Family and Conciliation Courts (AFCC) which allegedly functions like a vendor and has had questionable practices, ties and relationships with judges, guardians and other court officials. Questions about AFCC have been raised in news reports by The Washington Times, which posted a 2013 opinion by the Connecticut Commission on Judicial Ethics stating: “An appearance of impropriety would arise if a Judicial Official serving on the board of directors of a nonprofit organization or member of the Judicial Office’s staff were to refer clients to the nonprofit organization.” At its worst, the AFCC operations have been likened to that of a racketeering enterprise. This could be fodder for the U.S. Justice Department, which disclosed to parents in January that it is conducting a review of the training that Connecticut judges and support staff receive regarding family court cases relative to the Americans with Disabilities Act.

As expected, lawyers, judges and guardians have circled the wagons to protect their turf. Lackeys in the Legislature can always be counted on to help. This is particularly true in the Judiciary Committee ... 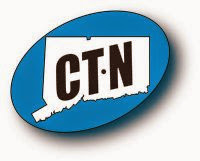 Posted by The Cool Justice Report at 8:10 AM