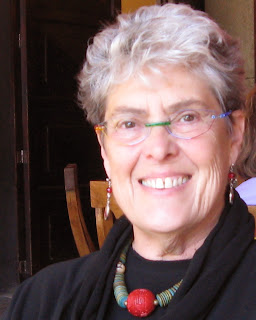 Bessy Reyna, the poet and arts editor for @IdentidadLatina, reports that about 70 languages are spoken in Hartford.

Reyna saw this as an opportunity to bring poetry – not just any poetry, but poets reading from at least 16 of those languages – to every neighborhood in the capital city. The city government and the Hartford Public Library agreed.

“I’ve long wanted to work with Bessy and this is the perfect opportunity,” said Kristina Newman-Scott, the city of Hartford’s director of Marketing, Events and Cultural Affairs. “So many people in Hartford don’t realize how diverse our city is. I’m excited to attend all of these events – It’s like taking a trip without having to leave home.”

As a result of this collaboration, a two-week celebration called “Hartford Loves Poetry” was to open Monday evening, April 7, at the Park Street branch of the library. The opening event was to feature Fulbright Scholar Jose Gonzalez, an English professor at the U.S. Coast Guard Academy. Each of the 10 branches of the HPL will host readings and workshops with opportunities for the audience to share works via open microphone sessions. A complete schedule is posted under programs and exhibits at the library website, https://www.hplct.org/.

“The opportunity to create a poetry festival for Hartford sparked thoughts of the diversity and cultural richness of our many communities,” Reyna said. “I imagined hearing poems read in a variety of languages by people who just love poetry.” 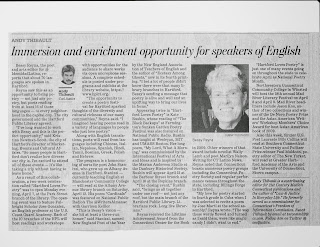 The program is a homecoming of sorts for poet John Stanizzi, who grew up on Albany Avenue in Hartford. Stanizzi – currently teaching English at Manchester Community College – will read at the Albany Avenue library branch on Saturday, April 12. His poem “Cardinals” was featured on National Public Radio’s The @WritersAlmanac with Garrison Keillor

“This is Bessy’s vision – she hit at least a three-run homer,” said Stanizzi, named New England Poet of the Year by the New England Association of Teachers of English and the author of “Ecstacy Among Ghosts,” now in its fourth printing. “I bet a lot of people didn’t know there were that many library branches in Hartford. Bessy’s sending a message that poetry is alive and well and an uplifting way to bring our lives in focus.” 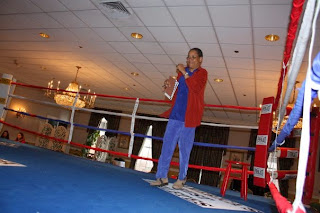 Appearing twice in “Hartford Loves Poetry” is Kate Rushin, whose reading of “The Black Backups” at Farmington’s Sunken Garden Poetry Festival was also featured on National Public Radio. Rushin has taught at Wesleyan, MIT and UMASS Boston. Her long poem, “My Lord, What A Morning,” was commissioned by the International Festival of Arts and Ideas and is inspired by the Marian Anderson Studio at the Danbury Historical Society. Rushin will appear April 12 at the Barbour Street branch and April 16 at the Ropkins branch ... 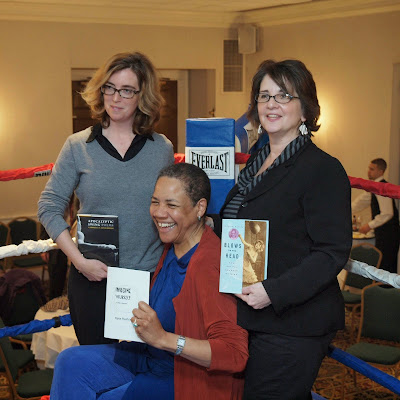 -- MURDERER'S ROW - Gaby "She Be Stinging" Calvocoressi, Kate "La Terrible" Rushin and Binnie "The Demon Barber" Klein take a breather after reading from their works in a boxing ring Jan. 15, 2010 at The Hartford Club. Also among the presenters during the CT Young Writers Triple Knockout Event -- Poetry, Prose And Pugilism -- was a former State Poetry Champion, Amy Ma, who now teaches for the Hartford Public Schools. The festivities -- including writing workshops, two bands and a boxing exhibition -- drew about 150 guests to the Hartford Club.

Posted by The Cool Justice Report at 4:54 AM