Bentivegna: Income Inequality is Caused by a Lack of Moral Hazard

It is the consensus of opinion leaders that income inequality is a major political issue. Mayor DeBlasio, who ran on this issue in the recent New York City mayoral race, won by a 43% landslide.

There are various causes cited on both sides of the political aisles. Conservatives cite globalization and advancing technologies allowing corporations to either export jobs overseas or replace workers here with automation. Liberals favor a more progressive tax structure in order to redistribute wealth. Both sides cite numerous facts, figures and academic studies to support their view. And both are wrong.


The real cause of income inequality is what economists call “moral hazard.” Simply explained, it means that human beings will take significant financial risks if they are assured they will not suffer the consequences. For example, a blackjack player may be unwilling to take a $10,000 loan to gamble; however, the same individual would be perfectly willing to gamble away a $10,000 loan given the assurance that the loan did not have to be paid back.


Dr. Joseph Bentivegna, an eye surgeon, is a novelist and the author of non-fiction books including ‘When to Refuse Treatment' and ‘The Neglected and Abused: A Physician’s Year in Haiti.’ Watch for the seventh edition of the Haiti book in September 2014 via 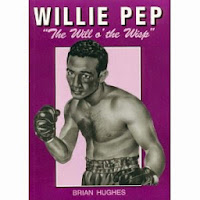 Posted by The Cool Justice Report at 4:05 AM