Caveat Petitor! Let The Petitioner Beware! Memo To CT's FOI Commission & The Citizens It Is Charged With Serving - Or, How Govt Enables Cops To Hide Public Records

By Andy Thibault and Isaac Avilucea 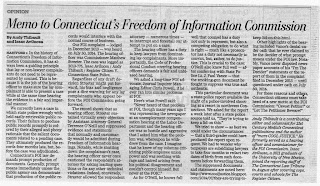 HARTFORD -- In the history of Connecticut’s Freedom of Information Commission, it has always been a guiding principle that lay or non-lawyer complainants do not need to be represented by counsel. This is because it is the job of the hearing officer to make sure the lay complainant is able to present a case while at the same time hearing the evidence in a fair and impartial manner.

We currently have a case in which state police wrongly withheld easily-retrievable public records. Their failure to produce public records promptly is colored by their alleged and phony rationale that the salient documents related to a pending case. They ultimately produced the records four months late, but, before the case was adjudicated. 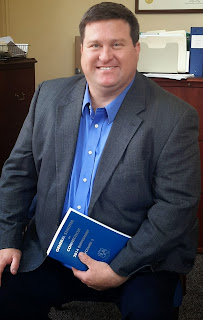 Regardless of any draft decision Streeter might put forward, his bias and negligence pose a dire warning for any lay complainants who appear before the FOI Commission going forward ...


Andy Thibault is a contributing editor and columnist for 21st Century Media’s Connecticut publications and the author of “more COOL JUSTICE.” He formerly served as a hearing officer and commissioner for the FOI Commission. Isaac Avilucea, a 2011 graduate of the University of New Mexico, joined the reporting staff of The Connecticut Law Tribune in August 2014 after covering cops, courts and schools for The Register Citizen. 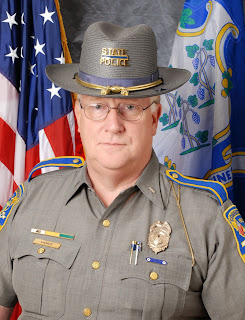 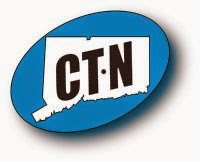 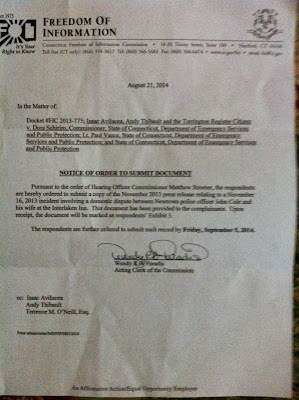 Posted by The Cool Justice Report at 4:36 AM