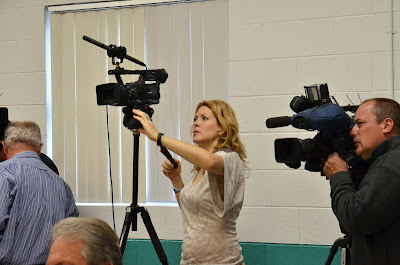 Andy Thibault, aka Cool Justice, is as close as we have to a modern-day revolutionary muckraker.

Andy takes up the impossible and makes it possible through dogged determination and by seeing no boundaries when it comes to upholding the justice we all deserve.

I met him 20 years after I’d made the film, “The Nature of the Beast,” about the life and case of Bonnie Jean Foreshaw. Upon being unjustly convicted of the premeditated murder of a person she had never met, Bonnie began serving what was then the longest sentence handed down against a woman in the state of Connecticut.

Andy contacted me to ask if he could get a bunch of copies of myfilm to begin an enlightenment campaign on the state government to pardon Bonnie, who had been locked up for 27 years. Foreshaw had become a convenient stepping stone for cops and prosecutors when she shot – in self defense – a strange man who was pursuing her.

The man testified to pulling a pregnant woman in front of him and using her as a human shield. When the woman died, Bonnie was charged with double murder, and railroaded into prison to serve a virtual life sentence of 45 years through a series of jaw-dropping miscarriages of justice.

I was sure my film would force the powers-that-be to release Bonnie back in 1994, but the film went on PBS and nothing happened ...

Posted by The Cool Justice Report at 6:19 AM