From Tony the Clam’s wild ride with Frank Sinatra:

Tony Consiglio is referenced in a book by Judith Campbell Exner, the mistress of Chicago mobster Sam Giancana and JFK, and “Sinatra and Me” features a photo of a tuxedo-clad Consiglio toasting Exner in her prime. As he says in the book, “I drove her to the White House a few times when she was visiting President Kennedy, and believe me, it wasn’t Avon calling.”

From Theater as history: Where is truth about JFK/Mob /CIA?

Like Sam Giancana, a fellow named Joe Fischetti rose through the Chicago Outfit. These mobsters developed a raging hatred toward Attorney General Robert Kennedy. Fishetti and Sinatra had traveled to Cuba together.

“Tony [Consiglio],” Franz Douskey told me, “said he heard Sam and Joe Fischetti and a few others talking about getting rid of Bobby. This was in a third floor private gaming room at the Fontainebleau.

“Sam wanted to get rid of Bobby because the first thing Bobby did as AG was to go after the Mob,” Douskey continued. “Sam thought, ‘WTF, I delivered the presidency to Joe Kennedy and JFK and now Bobby’s coming after me?’ Sam had Marilyn Monroe’s bungalow wired hoping he could catch a rat at work. Sam didn’t know that J. Edgar Hoover had also wired Marilyn’s house, maybe for the same reason.”

In a telling program note for “Ride the Tiger,” New Orleans Mob boss Carlos Marcello, who was deported by Robert Kennedy, says: “If you want to kill a dog, you don’t cut off the tail, you cut off the head.” The RFK assassination followed JFK’s five years later.

Notably, Robert F. Kennedy Jr., speaking last year in Dallas, said his father did not believe that Lee Harvey Oswald acted alone to kill JFK. “In private,” he was dismissive of it,” RFK Jr. said. “My father believed the Warren Report was a shoddy piece of craftsmanship.”

As art and history, “Ride the Tiger” is a winner. The liaisons, the deals, the ambitions and the betrayals have a powerful impact as they play out among the characters in this sordid soap opera. 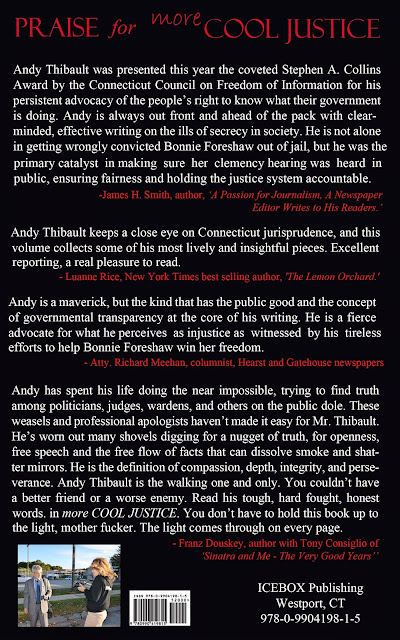 Posted by The Cool Justice Report at 6:00 AM