Via @GoIntegrated: Fix psychologically wounded officers without damaging their careers 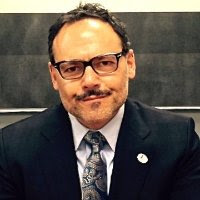 Like you, I – along with many of my professional colleagues in the law enforcement community – am struggling for answers to justify this uptick in “bad” police encounters. This is not a new phenomenon, but with more real-time access facilitated by social media, the perception is that some police departments are out of control.

Let’s set aside our own personal bias to take a serious look at the daunting responsibility and trust associated with this job. I think it is very important to first recognize that the business of policing others is a messy and often complicated profession. Police officers are typically called upon as a last resort when we as a “civilized” people can no longer use our good judgment, knowledge and self-control to deal with our problems. As a police officer, you are often running into very hostile conditions with limited information while others are running away. Officers assigned to major urban police departments respond to 6-8 hours of daily 911 calls and that does not include self-initiated vehicle stops and pick-up assignments. This occurs 24/7, 365 days a year. I offer this illustration not as an excuse but a suggestion on what may be contributing to reckless police decisions.

What’s different now? Before I retired from the New York City Police Department, I spent almost 12 years policing the streets of New York. Upon my separation with the NYPD, I spent the next eight years as a member of the Police Self Support Group (PSSG). This was a group that tended to the psychological needs and suffering of active and retired officers. What I learned about my colleagues and myself was that police officers aren’t like everybody else. On the outside we are fierce soldiers, while on the inside we are fragile and often desensitized by our experience. Quasi-sanctioned by the NYPD, the PSSG was the final frontier for many officers suffering through survivor’s trauma and guilt. Unfortunately, while the group saved many lives, many of those eight years were punctuated by officers taking their own lives.

I haven’t studied this recent trend of police violence from a scientific perspective, but I do consider myself a bit of a social psychologist in the many roles I play as my company’s CEO. My first inclination would be to point to two specific and contributing causes: cognitive bias and cognitive dissonance. I find the concept of cognitive bias—introduced by psychologists Amos Tversky and Daniel Kahneman—an interesting psychological process, which seems to resonate in all of these violent encounters with the police. Cognitive bias refers to a systematic pattern of deviation from the norm or rationality in judgment and may sometimes lead to perceptual distortion, inaccurate judgment, and an illogical interpretation of reality, which includes a rational perception of fear and threat. A cognitive bias is a genuine deficiency or limitation in our thinking: a flaw in judgment that arises from errors of memory, in-group attribution, and miscalculations. Cognitive dissonance is mental stress caused by conflicting or contradictory beliefs or values. “I became a police officer to do good and protect others; however, I’ve come to find out it’s a thankless job, and no one really cares.”

A recent example of this flaw in judgment is best illustrated by the death of Linwood “Ray” Lambert in South Boston, Virginia. To summarize, the South Boston police, as a result of Mr. Lambert speaking and acting incoherently, removed him from a hotel room where he was residing. Officers made it clear that although restrained with handcuffs, he was not under arrest and was merely being taken to the hospital to meet with a mental healthcare worker. It was at the hospital emergency intake area that Mr. Lambert escalated the situation by kicking out the glass on the patrol vehicle and fleeing. This, along with running into and breaking a glass window belonging to the hospital, caused the officers to discharge their Tasers at Mr. Lambert in an effort to bring him under their control. What should have happened next was clear to everyone except for these officers and most likely caused Mr. Lambert’s death. Rather than seek out the emergency medical and mental healthcare at the hospital as common sense would dictate and as required by regulations, Lambert was placed in the patrol vehicle, tased again and hauled off to jail.

We all have innate tribal tendencies; however, police officers, like military personnel, are indoctrinated into a culture that fosters a distrust for outsiders and any source that makes them feel uncomfortable or insecure. This helps officers forge tighter bonds as a group but causes suspicion, fear and even disdain for outsiders. Ultimately, this group bias leads police officers to overestimate their abilities and values at the expense of people and cultures that are foreign and not within the police culture. Police training and culture is based on rules, procedures and the ability to program officers into fixed patterns of behavior and replace independent thinking with a more functional, uniform identity. It is the belief of most police agencies that this form of conditioning establishes chain of command authority, uniformity and supports the mission of that department. Training methods are based upon repetition and response tactics. Similar to the systematic patterns of thoughts programmed into you by your parents and teachers as you grow into your adolescence, police conditioning becomes deeply embedded into an officer’s mind and subconscious by the psychological mechanisms of identification recognition. This conditioning automatically kicks in since their minds, like the rest of us, are always in constant motion. Over time, this in depth conditioning, which police officers no longer have control over, masks an officer’s judgment and his or her ability to alter or make the appropriate decisions based on new situations.

Why not reboot our police?

When a bad police shooting occurs, there’s often a rush to judgment and a knee jerk reaction by police agencies across the country to create new procedures and re-training initiatives to try to fix these problems. History has proven that these are only short-term public relations fixes, which do not benefit the officer or the public. Because the concept of re-programing or re-conditioning sounds like a cult-like fix, police departments avoid talking about the benefits of the process. Rebooting the brain is a real solution that could help mitigate, if not eliminate a similar or worse occurrence. To repair the deeper dimensions associated with good judgment, fairness and compassion, officers must be taken through a series of exercises to restore balance and perspective on their mission and the people they serve. Through the re-conditioning process, officers would get to confront and understand their current conditioned state and discover how to replace this conditioned bias with a more reason-based mental state of existence. The exact process we will save for another day. When officers are challenged to confront their negative, fixed mental patterns and reboot their brain, new energy is created followed by awareness and a restored level of sensitivity. During re-conditioning, conditioned mental patterns gradually lose their power and begin to vanish. As a result, the inner workings of the mind that might have appeared conflicted to the officer become increasingly transparent and more relaxed.

Treating the overly conditioned brain to more of the same conditioning by re-training and rewriting policy is no longer the politically correct or otherwise right solution. The mental health of an officer is as important as the tactical training and physical conditioning they receive. If we are going to restore the confidence of the public and build better police/community relations, police executives, city and state officials must allow officers to be more vulnerable by creating mental health mandates and programs that support and fix psychologically wounded officers without damaging their careers.

Cool Justice Editor’s Note: By way of disclosure, Cool Justice is an occasional denizen of Integrated’s Hartford office and once in a while even does a little work …

Posted by The Cool Justice Report at 6:32 AM