MARTIN ESPADA, LAUREN SCHMIDT READ TO SAVE THE UCONN CO-OP

Celebrated poet Martín Espada will read from his new book, Vivas To Those to Have Failed (Norton), praised by Junot Díaz as "Espada at his brilliant best." Espada has an ardent following for his unforgettable public readings.

Lauren Schmidt will read from her collection, Filthy Labors, forthcoming from Curbstone/Northwestern University Press, as well as from her book Two Black Eyes and a Patch of Hair Missing (Main Street Rag). Schmidt’s awards include the Vilcek Prize for Poetry.

Espada, a long-time activist, has deep roots at the UConn Co-op and in Northeastern Connecticut. He has done numerous readings at the bookstore dating back to 1990, when he was a “Curbstonista,” part of the Curbstone Press family of poets and writers. (Curbstone, formerly of Willimantic, is now an imprint of Northwestern University Press.) At the heart of this new volume is a series of poems about the death of the poet’s father, community organizer and documentary photographer Frank Espada. Other poems confront grief in the wake of the killings at Sandy Hook and police violence against people of color. Espada’s poems show us the faces of Whitman’s “numberless unknown heroes.”

Espada and Schmidt offer this reading in support of the UConn Co-op and its role in the literature and culture of the University community. Suzanne Staubach will introduce the poets and speak on the threatened closure of the bookstore by the UConn administration. Anyone with a passion for poetry and a passion for the Co-op—the kind of independent bookstore that supports poetry—is invited to attend. 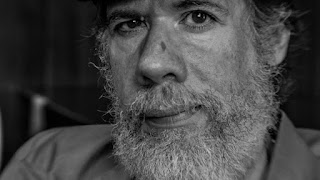 Martín Espada has published almost twenty books as a poet, editor, essayist and translator. His new collection of poems from Norton is called Vivas to Those Who Have Failed (2016). Other books of poems include The Trouble Ball (2011), The Republic of Poetry (2006), Alabanza (2003), Imagine the Angels of Bread (1996) and Rebellion is the Circle of a Lover’s Hands (1990).

His many honors include the Shelley Memorial Award, the Robert Creeley Award, the PEN/Revson Fellowship and a Guggenheim Fellowship. The Republic of Poetry was a finalist for the Pulitzer Prize. The title poem of his collection Alabanza, about 9/11, has been widely anthologized and performed. His book of essays, Zapata’s Disciple (1998), was banned in Tucson as part of the Mexican-American Studies Program outlawed by the state of Arizona, and will be issued in a new edition by Curbstone/Northwestern this fall. A former tenant lawyer in Greater Boston’s Latino community, Espada is a professor of English at the University of Massachusetts-Amherst. 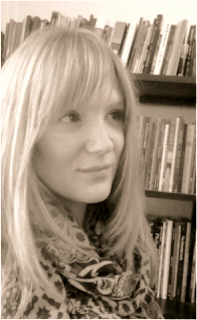 Lauren Schmidt is the author of three books: The Voodoo Doll Parade (2011), Psalms of the Dining Room (2011), a sequence of poems about her experience at a soup kitchen in Eugene, Oregon, and Two Black Eyes and a Patch of Hair Missing (2013). Her next collection, Filthy Labors, is forthcoming from Curbstone/Northwestern University Press.

Her work has appeared in such journals as The Progressive, New York Quarterly, and Rattle. Her awards include the Vilcek Prize for Poetry from the Bellevue Literary Review, the So to Speak Poetry Prize and the Neil Postman Prize for Metaphor. She received her MFA from Antioch University, serves as a Poet-a-in-the-Schools for the Paterson public school system, and teaches in the Development Studies Department at Passaic County Community College in Paterson, New Jersey.

Posted by The Cool Justice Report at 5:04 PM