How to ignore basics in a homicide #Badaracco 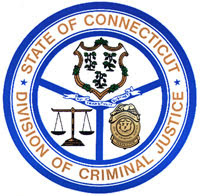 Cool Justice:
In which the most important questions about a homicide are ignored or deflected

“Art, what brings you to New Britain?” the lunch date asked. 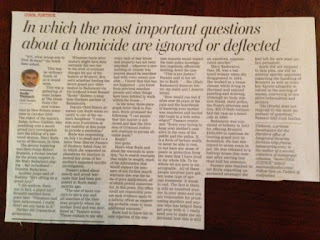 This was no ordinary lunch, or so it would seem.

This was a gathering of state judges at The Great Taste Chinese restaurant in New Britain sometime in October 2010. The object of the inquiry, Judge Arthur Hadden, was presiding over a secret grand jury investigation into the killing of a battered woman, Mary Badaracco of Sherman, in 1984.

The person inquiring was then-Judge Robert Brunetti, a former lawyer for the prime suspect in the Mary Badaracco slaying -- her ex-husband -- Dominic Badaracco.

Another judge said of Hadden: “He’s sitting on a grand jury ... 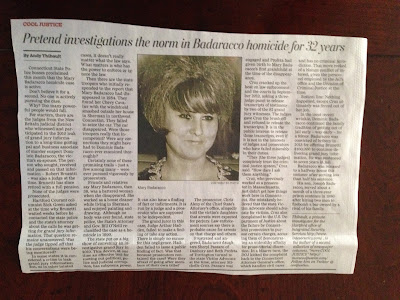 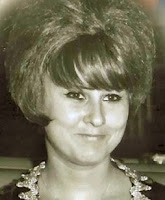 Posted by The Cool Justice Report at 10:36 AM