Bios as submitted by speakers

Jonathan A. Harris is a proven progressive problem solver who has consistently delivered results. Jonathan is a former Mayor, State Senator, Deputy State Treasurer and Commissioner of Consumer Protection with a demonstrated record of advocating for Connecticut and bringing people together to find creative solutions. 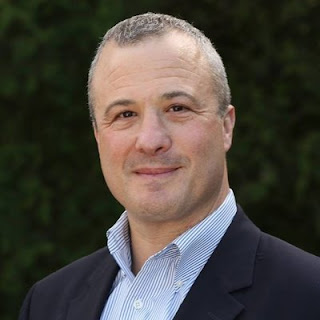 First elected to office in 2001 as Mayor of West Hartford, Jonathan focused on making government more efficient and was instrumental in growing the town’s economy. Jonathan worked to build a new development in West Hartford center- Blue Back Square. It more than doubled the size of the town center, making it a more vibrant place for business, residents, and a catalyst for the community.

In the State Senate, Jonathan championed issues such as childhood poverty, healthcare, and services for seniors that empowered them to live independently. He also took on the highly controversial issue of Plan B care and brought people from all sides together to make sure that survivors of sexual assault have access to emergency contraception, which passed with overwhelming bipartisan support.

As Commissioner of the Department of Consumer Protection, Jonathan was responsible for securing a safe and fair marketplace for consumers and businesses, implemented measures to thoughtfully expand the medical marijuana program, and worked to reduce the impact of our state’s opioid epidemic.

As an attorney, public servant, and entrepreneur for 27 years, Jonathan has developed the knowledge, relationships, and experience to be an effective leader. Jonathan will bring real change to Connecticut on day one. Jonathan is a graduate of Brandeis University and NYU School of Law, and resides in West Hartford with his wife Lucy and their son Spencer. 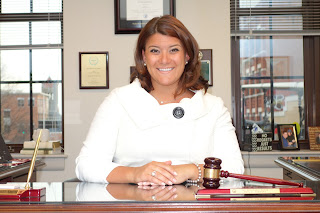 Mayor Stewart was born on May 4, 1987 in New Britain to Patricia (Badolato) and former New Britain Mayor Timothy Stewart, who served from 2003 to 2011. Her uncle, the late State Representative Dominic J. Badolato, represented New Britain in the Connecticut General Assembly for 22 years. Mayor Stewart’s entire family has a longstanding commitment to serving their neighbors in New Britain, and she is proud to continue that tradition. Mayor Stewart has earned accolades for her leadership and results-driven style of governing. She closed a deficit of more than $30 million during her first term, increased the City’s Rainy Day fund to $15 million, and brought stability and responsibility back to the city’s finances. Under Mayor Stewart’s leadership, the City’s Standard and Poor’s bond rating has increased by four notches to “A+.” As a result of these efforts, Mayor Stewart and New Britain have been featured twice on the front cover of the Bond Buyer, the nation’s leading municipal finance newspaper as a model for other communities.

Under her leadership, New Britain is undergoing a dramatic economic turnaround. Over the last three years, the City’s Grand List has increased, due to the addition of new businesses like Costco, Polamer Precision, Addaero, Connecticut Cabinetry, the Alvarium Beer Co., Mofongo, YoYo Ice Cream, and dozens of others who have chosen to expand, relocate, or establish themselves in New Britain.

Mayor Stewart has leveraged the opportunities presented by the opening of CTfastrak in 2015 by creating a master Transit Oriented Development plan to turn vacant or underused parcels near the City’s three stations to create a community where people of all ages and economic backgrounds want to live, work, and play. Investments by the City have attracted numerous housing and development projects. One of these projects includes Columbus Commons, a $58 million mixed-use development featuring housing, retail, and office space at the site of the former New Britain Police Department, which is just steps from the City’s downtown CTfastrak terminal. Mayor Stewart’s commitment to transforming these neighborhoods has attracted other developments in the downtown area, including the historic renovation of 57 Court Street, along with additional apartments on Main Street, West Main Street, and several other areas.

Mayor Stewart has also invested significant resources in helping New Britain’s homeless population through her creation of the Building Hope Together Task Force: New Britain’s Permanent Workplan to End Homelessness. By bringing city officials, clergy members, and social services providers around the same table, Mayor Stewart is not only continuing New Britain’s tradition of compassion for those less fortunate, she is intent on finding housing, treatment, and work for those who seek it. Building Hope Together has become a model for other communities that are tackling the issue of homelessness.

In January 2016, Mayor Stewart launched an Energy and Innovation Committee as a way to make New Britain a “SMART City.” The goal of the committee is to reduce the cost of government, harness new technologies, and make more efficient use of existing resources. Projects recently implemented include a redesigned City website, a large solar array at the Shuttle Meadow Water Treatment Plant, electric vehicle charging stations, a fuel cell at New Britain High School, LEDs in City buildings, free downtown wireless internet, downtown parking meter upgrades, a free textile recycling program, and more. Future initiatives include a mobile app that will allow residents report a pothole or other issue directly to Public Works, upgrading downtown traffic lights so they can be realigned in realtime, and converting City streetlights to LEDS. Mayor Stewart has also hired a new energy manager, who is working with the City’s facilities manager to reduce electrical costs by at least 10 percent.

Mayor Stewart never passes up an opportunity to inspire other individuals—especially City youth and females—to develop the confidence and leadership qualities they need to grow and give back to their community or organization. A former volunteer New Britain High School softball coach, Mayor Stewart has been a keynote speaker at the Connecticut Business and Industry Association’s When Women Lead conference, a repeat speaker at Central Connecticut State University’s Elect-Her series, and a frequent visitor to area schools where she is proud to instill a lifelong pursuit of learning.

Mayor Stewart continues to be humbled by the recognition she has received for her service and leadership. In 2014, she received the Women’s Leadership Award from the Connecticut Republican Party. Also in 2014, Connecticut Magazine named her one of their “40 Under 40,” and the New Britain City Journal named her their “Person of the Year.” For her work in spreading awareness about domestic violence, the Connecticut Coalition Against Domestic Violence honored her with a “First 100 Plus” award in November 2015. She has been the subject of in-depth profiles by national media outlets like the New York Times, Cosmopolitan, Time Magazine, and Newsmax, which in January 2016 named her to the top of their “30 Most Influential Republicans Under 30” list.

Cindy Mcphee has lived in the Litchfield area with her husband and four daughters for more than 30 years. We currently reside in Morris. 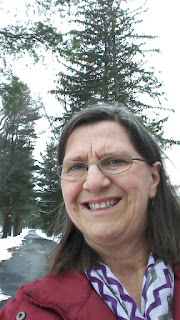 I have held many jobs in this area over the years, including clerk for the Borough of Bantam, manning the information booth on the Litchfield green and running my own Family Home Day Care. I work fulltime as a preschool teacher in Litchfield.

Being involved in community is very important to me. For example I am a member of the Bantam Fire Co.Ladies Auxiliary. My job as a tour guide at Topsmead State Forest for the past three seasons has been an absolute pleasure. I love meeting new people, relating the interesting history of Topsmead while being surrounded by such natural and architectural​ beauty.

A Bit of What I Have Up To

First, you should know that Bette Mosher Geci and I have been married for 49 years and have lived at 99 Meadow Street since 1972. We have raised (actually do you ever stop raising them?) two boys/men: Ben who is a Chief Lending Officer for the Androscoggin Bank of Maine and John who is a glassblower in the North Carolina mountains. 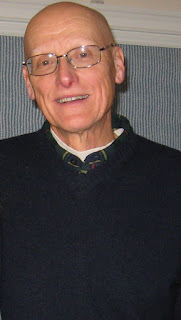 I teach literature and lead discussions on a variety of topics at Brookdale at Farmington, an assisted living facility.

As a seasonal employee of the State of Connecticut DEEP, I am the archivist, lecturer, and one of the tour guides at Topsmead State Forest in Litchfield.

I am one of the newer directors on the board for the Greater Litchfield preservation Trust.

I am a charter member of the Litchfield Energy Task Force and served as Co-Chair for three years.

I serve as Chairman of the Town Recycling Committee.


I serve on the Connecticut Volunteers for the Blind and Handicapped Board of Directors and have been a monitor and reader for the blind.

We are members of White Memorial, the Canoe Club, Litchfield Historical Society, and Audobon.

In the not too distant past:

At Litchfield High School I taught English for 29 years and was Chairman of the English Department for six of those years.

While at the high school, I coached cross country, track, golf, and the quiz bowl team. For many years I was the coordinator of the Talented and Gifted program.

For the town I've served as Chairman of the Solid Waste Advisory Committee and was a member of the Litchfield Historical Commission.

I served two terms on the Litchfield Historical Society's Board of Directors. 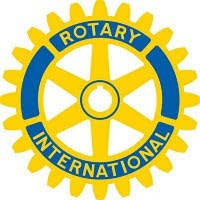 Posted by The Cool Justice Report at 7:58 AM