... the player looked confused, and then called back to Calhoun, “Coach, which asshole?” 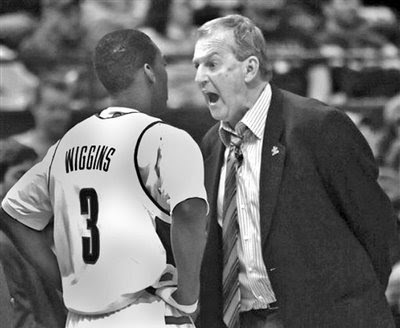 Forget the press conference meltdown, the real issue with Jim Calhoun isn’t his salary, it's his courtside behavior. He swears at his players, kicks chairs, abuses referees and curses at fans. Is this the price of victory? 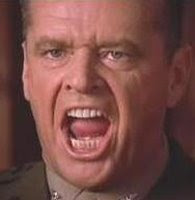 ... Calhoun is alleged to have grabbed a player off the bench and told him to “Go in for that asshole.” The player dashed to the scorer’s table at mid-court to check in before entering the game. A moment later the player looked confused, and then called back to Calhoun, “Coach, which asshole?” 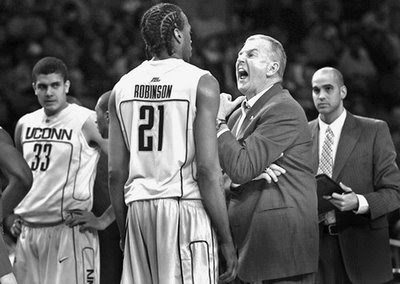 Posted by The Cool Justice Report at 7:36 AM

As a UConn alum from '98, I have mixed feelings. Coaches Calhoun and Auriemma have done more to increase the profile of Connecticut (in a positive way) than anyone in recent state history. As a student camping out before games, I remember him buying pizza for all of us. Having grown up in the state, I know that Connecticut wasn't given much attention in the national consciousness before UConn basketball started getting better.

That being said, Calhoun's outburst at the press conference was out of line, if not for nothing than it was simply bad P.R. I don't think he should be give the money back, but we as a people in general, and specifically as alums, should look at where we're investing our money, in general, but in these times especially, with an eye toward the future. I was glad the question was asked.

Still, I think Calhoun's earned it, even if he is an asshole at times -- anyone who is in control of anything has to/can be. The next coach should definitely not make as much, nor will he. I think the days of focusing so much on athletics are starting to dissolve.

Calhoun's "outburst" at the press conference was NOT out of line at all. If I were Jim Calhoun I would have thrown that little weak, pathetic 'reporter' right through the window. I hope that reporter gets his ass kicked so badly that he cant walk for a year.

what's so bad about that question? not one person knows how much that comcast deal is worth.

the unions were asked to give shitloads concessions and so did state workers.

since he's the highest paid state worker (more than rell), why not sacrifice, even a dime?