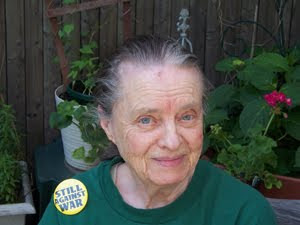 Native New Yorker Marie Ponsot was born in 1921. She has published numerous works, including Springing (2002); The Bird Catcher (1998 — winner of the National Book Critics Circle Award and finalist for the 1999 Lenore Marshall Poetry Prize); The Green Dark (1988); Admit Impediment (1981); and True Minds (1957). In addition to the National Book Critics Circle Award, Ms. Ponsot is the recipient of the Delmore Schwartz Memorial Prize, the Shaughnessy Medal of the Modern Language Association, and a creative writing grant from the NEA. She teaches in the graduate writing program at Columbia University, New York City. 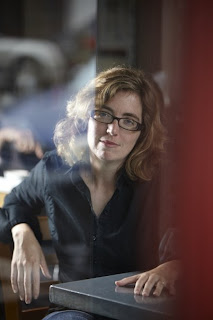 Gabrielle Calvocoressi's first collection of poems, The Last Time I Saw Amelia Earhart (2005), won the Connecticut Book Award and was shortlisted for the Northern California Book Award. Recipient of numerous awards and fellowships, Ms. Calvocoressi has been or is soon-to-be published in many journals and online publications including The Paris Review, The New England Review, Gulf Coast, Guernica and The Owls. Born in Central Connecticut, Ms. Calvocoressi lives in Los Angeles and teaches in the MFA program at California College of Arts in San Francisco and in the MFA Program in Creative Writing at Warren Wilson College. In the fall of 2009, she began a visiting professorship at Bennington College.

Music to be announced.

The gates open at 4:30 pm. Performance begins at 6:30 pm. Participants may bring their own food or purchase on site. Attendance to the Festival is free. On-site parking is $10 per vehicle. Bring a blanket or lawn chair for seating in and around the garden. In case of rain, performances will be held indoors or under a tent. 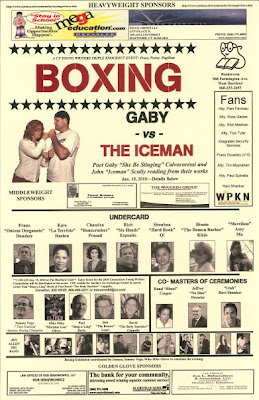 Posted by The Cool Justice Report at 2:36 AM