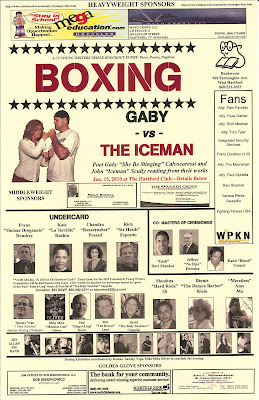 The Connecticut Young Writers Trust continues to expand its base and make new friends. 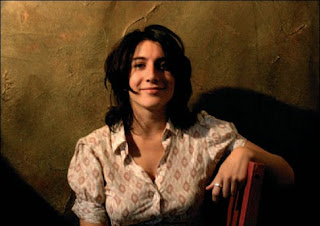 Vanesa Pérez Sauquillo (Madrid, 1978) is a poet and translator of Spanish in Castilian. She holds a degree in Hispanic Philology from the Complutense University of Madrid, where she also obtained the Diploma of Advanced Studies in French Literature. Her work is collected in several anthologies of recent poetry. A charitable holiday contribution has been made on her behalf by future sister-in-law. 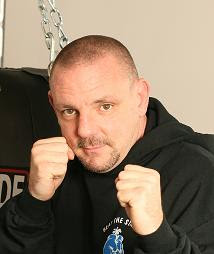 John Spehar has been involved in the fighting arts for over 25 years. During that time he has enjoyed success as a student, competitor, teacher and coach. Starting as a boxer at age 12, Spehar boxed in many regional competitions including The Silver Mittens (15 and under), The Golden Gloves (16 and over) and served as a sparring partner for several top New England professionals. The highlight of his amateur boxing career came in 1981 when he stopped Waterbury's Fredrico Ortiz to win the Connecticut Middleweight State Championship.

An accomplished Martial Artist, Spehar holds Black Belts in Korean -American Tang Soo Do and Komushin Ryu Jujitsu and was a member of Benny "The Jet" Urquidez's world champion kickboxing team from 1990-92. It was at the Jet Center that he learned the art of Muay Thai Kickboxing under such Thai boxing standouts as Peter "Sugarfoot" Cunnigham and Australian knockout artist Stan " The man" Longanidis. His professional record finished at a respectable 7-2.

In 1993, Spehar founded the New England Karate Academy in Connecticut . There he incorporated traditional martial arts with the practical skills found in Boxing and Muay Thai Kickboxing. The result was a streamlined system that took the best from each art and evolved into an effective and efficient program. It was here that Spehar created innovative children's program such as "Stranger Danger" and "Bop Trog". These accomplishments did not go unnoticed. In 1996, he was given a lifetime achievement award and inducted into the World Martial Arts Hall of Fame for his innovative contributions to the martial arts.

Excitement continues to build for our 13th annual competition and the Jan. 15, 2010 Gaby Versus Iceman Extravaganza at The Hartford Club.

Special thanks to Dr. Rhona Free, Academic Vice President at Eastern Connecticut State University, for sending in the first RSVP. Rona will be attending the 11 a.m. sports writing workshop led by Paul Doyle, sportswriter for The Hartford Courant. Simultaneously, there will be a poetry writing workshop led by David Cappella, professor of English at Central Connecticut State University.

We also send a big thank you to principals and superintendents who have turned loose teachers, students, musicians and vocalists for the event. Remember to register for the workshops and Continuing Education Unit credits for teachers. The workshops are open to anyone and everyone. We expect a strong showing by teachers and students. Seating is limited for the workshops. The ballroom has a capacity of about 200 for the main events.

Lunch to the sounds of the Jen Allen Big Band begins promptly at noon, followed by Poets & Writers from the Undercard and the first set of Gaby Versus The Iceman.

Hartford club members have asked us to conduct the boxing portion of the event at night. Accordingly, we will break mid-afternoon and resume with a 6 p.m. reception. The Warren Group, publishers of periodicals including The [Connecticut] Commercial Record and The [Boston] Banker &Tradesman, has graciously volunteered to sponsor hors d'oeuvres for the evening session. Don't be late. There will be a cash bar at all times. Live boxing will follow after 7 p.m. Hartford Conservatory student DominiQue Rivers, one of four vocalists with the Jen Allen Big Band, will sing the national anthem.

There will be a single admission donation suggested at $35. Those who attend the daytime session may also attend the evening session at no additional cost.

Sponsorships remain available at the following levels: Heavyweight, $1,000; Middleweight, $500; Golden Gloves, $250, Fan, $100-plus. Sponsors are listed on the event poster and in the program.

Checks should be made out to CT Young Writers Trust and sent to 231 Beach St., Litchfield, CT 06759. The Bookworm of West Hartford will serve as vendor for the event and will take advance orders with reasonable notice.

Posted by The Cool Justice Report at 4:37 PM