`Over the past month alone, my words could power the city of London for a year.'

LONDON (The Borowitz Report) – In what is being called a game-changer for the embattled oil company, British Petroleum announced today that it has developed a new technology to convert lies into energy. 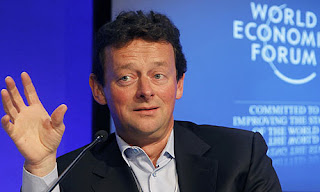 At a press conference at corporate headquarters in London, BP CEO Tony Hayward said that environmentalists would embrace the new technology “because lies are a totally renewable resource.”

Illustrating the impact of BP’s new technology, Mr. Hayward told reporters, “Over the past month alone, my words could power the city of London for a year.”

But the new technology has its skeptics, including the University of Minnesota’s Davis Logsdon, who warns of the dangers of “lie spills.”

“We have learned from recent BP press conferences that once the lie flow starts, it can be very hard to stop,” he says.

Andy Borowitz's Books at Amazon.com
Posted by The Cool Justice Report at 3:19 PM