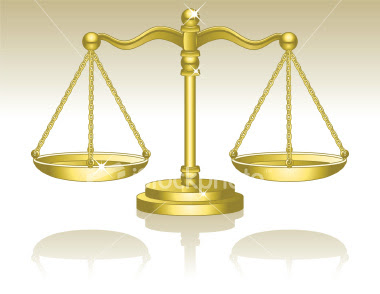 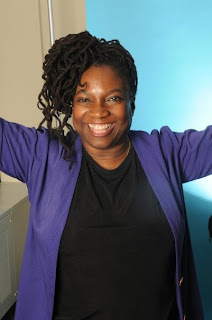 Attorney Nkechi Taifa will interview two adult children of former Black Panther Party members: Wonda Jones, daughter of the late Safiya Bukhari; and Crystal Hayes, daughter of currently incarcerated political prisoner Robert Seth Hayes. The daughters will speak about the legacy and impact on their lives of their parents' involvement with the Black Panther Party and subsequent incarceration as political
prisoners.

Wonda Jones is the creator of the Safiya Bukhari-Albert Nuh Washington Foundation, which raises funds for the families of U.S. political prisoners. Ms. Jones wrote the [foreword] for the recently published book memorializing the life of her mother, Safiya Bukhari.

The book, "The War Before: The True Life Story
of Becoming a Black Panther, Keeping the Faith in Prison, and Fighting for those Left Behind," traces her mother's life as an advocate for the rights of the oppressed, following her journey from middle-class student to Black Panther to political prisoner. These writings which Wonda Jones made sure would be published provide an intimate view of a woman wrestling with the issues of her time, including life as a Panther, the incarceration of the outspoken, and the families left behind. 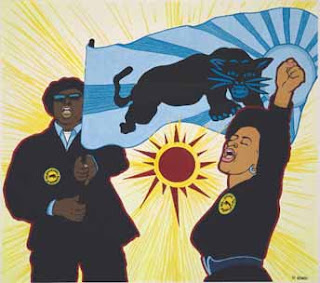 Crystal Hayes, daughter of political prisoner Robert Seth Hayes, is an activist, writer, and proud mother of her 18 year old daughter. She received a masters degree from Smith College School for Social Work, and her BA in African American Studies and Politics from Mount Holyoke College. Ms. Hayes recently authored a riveting response to the article, "Is the Tea Party the New Black Panther Party?"

Her response, "What Really Separates the Tea Party from the Black Panther Party" began: "I was three years old when I watched my father, mother and three week old baby brother nearly murdered in a hail of bullets during a raid on my home in September 1973 ... Since that day 37 years ago [my father] has been a political prisoner ..."

Join us Thursday, June 10th at 10:00 pm (EST) for the second edition of the Legacy Justice Radio Show as we rock the mic reliving history with these two young women as they discuss the impact

Posted by The Cool Justice Report at 3:41 AM