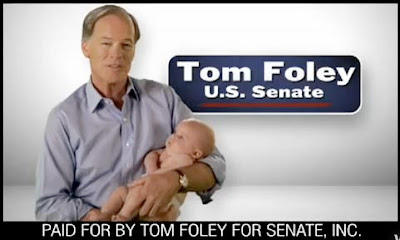 "I know Eric, he did a great job in Iraq and I know he will bring his core values to Connecticut as we remake the state on behalf of the top one percent of the population," Foley said. "The unions will know now that it's time to get out of town."

Prince, speaking via video remote from Abu Dhabi, said, "It's a done deal. I'm already working with Mark Boughton to rid Danbury of all immigrants. Bridgeport, watch out."

Boughton, who recently began a bid for the 5th congressional district seat in 2012, said he would work with Foley to maintain some government role in the state police by strengthening their ties with ICE (Immigration & Customs Enforcement - arm of Homeland Security). 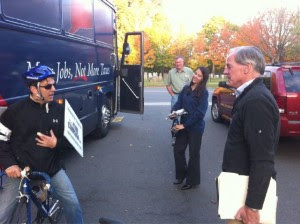 Posted by The Cool Justice Report at 7:45 AM

He is damaging the State....and himself.

Here is a solution: An Arm-Wrestling Contest. Winner take all.

Look it up on Google, Mr. Foley's airplane company, Stevens Aviation, solved a big legal mess with Southwest Airlines some years ago, via a nationally televised arm wrestling contest called "Malice in Dallas." NO LAWYERS NEEDED!

Tom Foley is a SORE LOSER.

Tom Foley is giving a BIG BLACK EYE TO CONNECTICUT ON NATIONAL TV.

Tom Foley can now fire his entire well paid campaign staff. That will make him feel better. He's good at that. Too bad he won't get a management fee for that?

Tom Foley: ICE CREAM WHINING. Foley put an editorial in the Sunday paper, saying "Ice cream for everyone!" It was a not so clever way of dissing his elected opponent, Malloy. Mr. Foley needs to give it up, it's over, he lost. He's a loser. He wasted $11Million BUCKS trying to buy an election. He is finished, washed up, yesterday's news. Just another rich plutocrat who thinks the rules don't apply to him. If he runs again for anything, his opponents will quickly remind the unwashed poor masses about Foley's arrests, ugly divorce, huge layoffs, Bibb bankruptcy, faked Federal security clearnace, Bush cronyism and fundraising, $9 Million mansion, $10 Million 116-foot yacht, and so forth. Just like yesterday's newspaper, folded up and tossed on the trash heap. Foley is finished.