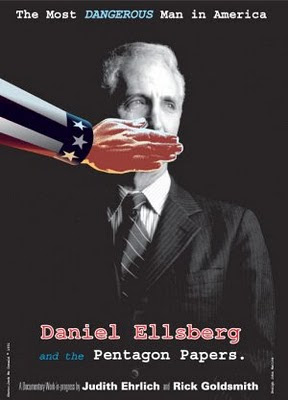 Daniel Ellsberg will be appearing on the Colbert Report tonight, on the Comedy Central channel, defending WikiLeaks, Julian Assange, and Bradley Manning. This will air 11:30pm EST tonight (Thursday) and at the same time across the nation (i.e., 8:30pm PST).

It should also be available on the Net tomorrow--we'll post it on Ellsberg.Net as soon as it's available.

As you can imagine, this has been a very busy time for Daniel. With Assange in custody and unable to give interviews, Daniel has been seen by the media as one of the preeminent sources and authorities on the events and has been doing nonstop interviews with major media across the nation and the globe.

Here is a Daniel co-signed with other prominent whistleblowers, and here is Daniel's about their censorship of WikiLeaks.

We'll keep you posted on the latest news here, and to follow Dan's activities and views around WikiLeaks as stories break,

Thank you for your support,
--Michael Ellsberg

Tweet
Posted by The Cool Justice Report at 6:22 PM