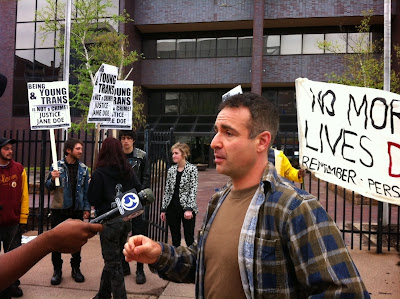 HARTFORD >> A 16-year-old transgender girl detained without criminal charges at an adult women’s prison in Connecticut for the past two months has been accepted into a private treatment center for youths in Massachusetts, the top child welfare official in Connecticut said Thursday.

Department of Children and Families Commissioner Joette Katz said she expects the girl to be brought to the treatment center within the next two weeks. Officials didn’t disclose the center’s name or location. Katz said the relocation is tentative, because the girl has the right to ask for a hearing if she objects ...

Posted by The Cool Justice Report at 7:13 AM