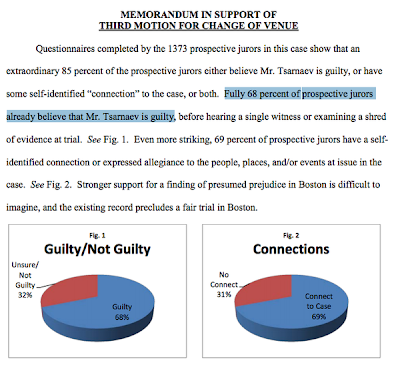 Among hundreds of others judge hides,
or tries to hide,
in sealing frenzy

The pre-trial results are in from a straw poll of prospective jurors in Dzhokhar Tsarnaev’s capital felony case.

Not suprisingly, it’s a landslide for guilty.

The defense team argues that out of 1,373 prospective jurors, 68 percent believe Tsarnaev is guilty of taking part in the Boston Marathon bombing. If one adds to that personal connections or allegiances to people affected by the terrorist attack, the number of jurors who already have a reason to vote for guilty leaps to 85 percent, according to a motion filed by the defense. 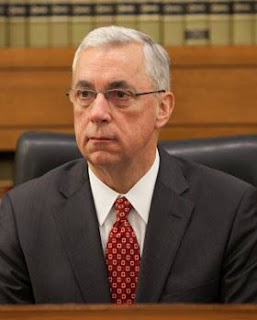 What’s even more unusual is the reaction of U.S. District Judge George O’Toole to the motion, which was filed publicly and disseminated widely on social media …