Did Gabe Caporino just disappear or were hidden forces at play? AT

Gabe Caporino, a 40-year-old corporate executive from Westchester, NY, never returned to his wife and two teenage daughters after a business trip in 1974. The night he disappeared, Gabe Caporino spoke with his wife and daughters, asking about a school parents' night and confirming a dinner date with friends for the weekend.

There isn’t much of a trail for Gabe Caporino, but we know a good bit of what police did and did not do in the crucial days following his disappearance on Thursday, March 7, 1974. We also know some of what his employer, the General Foods corporation, did and did not do.

Under pressure from Gabe Caporino’s wife, Grace, now a retired teacher and recognized Holocaust scholar, General Foods sent a team to New Orleans over the weekend. One of them, Bill Bevans of the personnel department, snatched Gabe Caporino’s briefcase from his hotel room. The other GF team members were security director Jack Edward Ison, who had been an FBI agent for nine years; and White Plains, NY police detective James Lynch.

On Sunday, March 10, 1974, Ison and his colleagues met privately with New Orleans police, barring members of the Caporino family. This crucial meeting presaged, if it did not predestine, the shocking and abysmal refusal of the New Orleans Police Department to follow up on basic and compelling leads, including the forgery of Gabe Caporino's credit card four days after he was reported missing. This forgery was ultimately documented by the FBI crime lab. Significantly, a Sears employee who witnessed three individuals using Gabe’s credit card recanted after a visit by New Orleans police ...

... Officer Roma Kent, who went on to work as a federal public defender, got the clerk to change his story ...

CBS producer Barbara Gordon, on assignment in 1974, put it this way: “The New Orleans Police Department is holding hands with General Foods and there is a cover-up down here.”

The Gabe Caporino case was the subject of a CBS documentary produced by Gordon and reported by Chris Borgen, a retired New York City narcotics detective. The program aired beginning in May 1974 on the show Eye On New York. It was rebroadcast in New York and several times throughout the country on local affiliates – but not in New Orleans.

As the air date neared, Borgen told Grace Caporino the reporting team received threats that GF might pull advertising from CBS. Borgen recounted the phone call from a GF public relations staffer: “This documentary is not in our best interests. We have a significant advertising budget with CBS.” 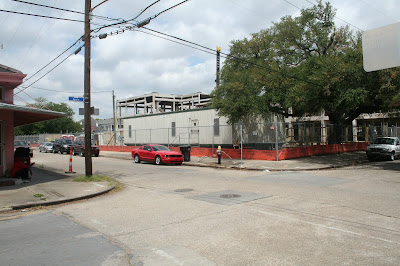 New Orleans police ... reported the discovery of Gabe Caporino’s rental car in a way that could not have occurred. 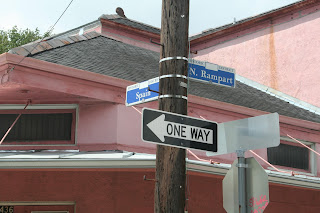 “It is certainly not the kind of place where a new car would sit for a week with the keys in the door,” said Gabe Caporino’s nephew Anthony Emma, who made two trips to New Orleans in 1974. “Certainly not the kind of place a new car would sit even locked up without being disturbed for a week ... I always found that hard to believe.” 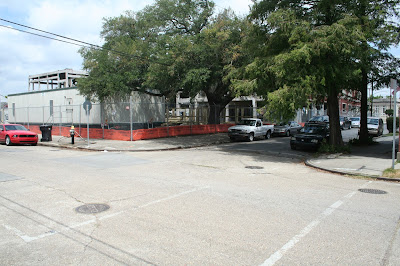 As time went on and the Caporino family struggled to survive, General Foods appealed the awarding of benefits to the widow and children multiple times. At one of the hearings, Jack Edward Ison admitted he was the source of the smears about Gabe Caporino in law enforcement files.

A hearing officer asked Ison: “How do you know this about Mr. Caporino?”

“Just things you hear people say,” Ison responded. He was not pressed to elaborate.

In a particularly disturbing incident on March 16, 1974 – the day that would have been Gabe Caporino’s 41st birthday – family, friends and neighbors gathered at the home in Yorktown Heights. Ison called Grace Caporino. She told Ison family and friends did not want her to be alone on that day. Ison paused and said: “Well, if Gabe has any heart, surely he'll call you on his birthday. Bye, I’ve got to go.”

October, 2011. NEW ORLEANS, LA – Thirty seven years ago – with several police officers crowding her – Grace Caporino briefly touched and read a number of pages in a 3-inch-high stack of reports about her missing husband. After a few minutes, they forced her to leave. Today, the New Orleans Police Department still doesn’t want to know or hear anything about the Gabe Caporino case – or the reports ... *

The New Orleans Police Department – notorious as perhaps the most corrupt and incompetent in U.S. history – has routinely engaged in public executions of civilians. The coroner tends to call these homicides slips and falls or accidents, even when someone’s face and teeth are kicked in and various body parts have hemorrhaged. Officers have worked as cocaine dealers on the job, hired hitmen to kill civilians, stolen from car dealers and held up liquor stores in uniform. Officers have been heard on police scanners saying: “Is he dead yet? No. Kill him now. String him up by the balls.”

A short list of recent convictions includes two officers who beat and kicked a local man to death, then covered it up. In the infamous Danzgier bridge trial, also this year, five current and former officers were found guilty of shooting six civilians – killing two of them – and covering it up. Those local citizens were walking to a grocery store.

Civilians filming police assaulting civilians are routinely charged with inciting a riot. After police shot and killed unarmed trombone player Joe Williams, returning from a jazz funeral in 2004, officers broke up a memorial service for the popular member of the Hot 8 Brass Band. Local attorney Mary Howell told the PBS show Frontline police advised her that “merely having a video camera or camera in a situation like this where the police are interacting with the community was considered to be inciting a riot.”

After Hurricane Kartina, the National Rifle Associaton sued New Orleans Police for stripping law-abiding citizens of their ability to defend themselves. “They just stole people’s guns and weapons,” Howell said.

The unofficial body count from Hurriance Katrina is upwards of 1,500. “We do not have a clear understanding of how many people were shot and killed by the New Orleans Police Department,” Howell told Frontline.

Of course, there are also many officers who keep their oath to protect and serve no matter what the risk from criminals and buffoons in the streets or among their ranks and supervisors ...

... the New Orleans Police Department actually admitted it had failed to comply with the Louisiana public records law. This happened through a series of depositions of detectives and other personnel [in a Freedom of Information lawsuit in Parish Court] ... “Nobody has gone digging through those files specifically looking for a file relative to the disappearance of Gabe Caporino, have they?” The question was posed by ... attorney, Brett Prendergast.

... A supervised search of the NOPD “storage area” [revealed the following from] ... a dimly-lit and musty room on the second floor by the NOPD parking garage.

Most of the boxes of files were covered with layers of grime and old insulation. He had to move evidence including sections of a chain-link fence to get at the boxes.

The files dated from 1890 to the present. Besides homicide cases, there were also files for juvenile offenses and sex crimes.

There was not a single missing persons file in storage ...

... As recently as 1995, then-Police Superintendent Richard Pennington had a detective review the Caporino case and all the reports and documents. Now, the official word is, the file does not exist – just as missing persons don't officially exist ...

Retired General Foods investigator Emil Monda, reached ... on the West Coast, said about the Caporino case: “We always thought there was foul play, but never came up with anything.”

Monda said he did not know why the New Orleans Police failed to follow leads including the forgery of Caporino’s credit card ...

Posted by The Cool Justice Report at 12:48 PM