Doug Glanville Hits It Out of the Park ...... as Player and as Writer 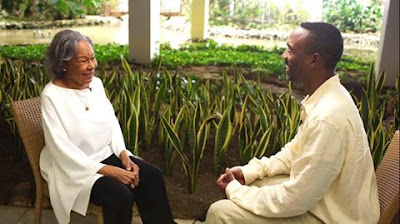 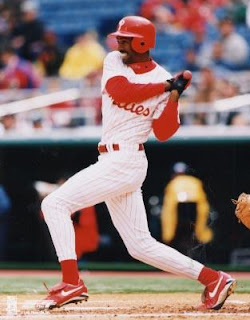 Hartford resident Doug Glanville made his name as a standout Major League baseball player. Over a nine-year career with the Phillies and Cubs, he won a reputation as an exceptional outfielder, at one point going almost 300 games in a row without committing an error. In 1999 Glanville batted .325 and was second in the league with 204 hits while stealing 34 bases -- surely one of the most impressive statistical years ever to go unrewarded with an All-Star honor. Retiring in 2005, he has since worked an analyst and commentator for ESPN.


Many athletes go on to become sports announcers, but far fewer have the literary chops to become writers. Glanville, whose resume includes an engineering degree from an Ivy-League school (UPenn), is that rare exception. In his 2010 book, The Game From Where I Stand, he offered readers an absorbing chronicle of the daily challenges and rewards of life as a professional athlete, while describing his interactions with such controversial stars as Barry Bonds, Curt Schilling, and Alex Rodriguez. The Game From Where I Stand garnered rave reviews; acclaimed journalist and Friday Night Lights author Buzz Bissinger called it “a book of uncommon grace and elegance...filled with insight and a certain kind of poetry.” 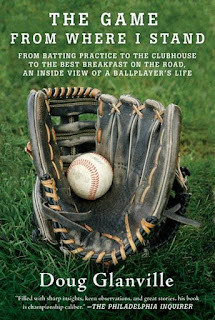 Over the past decade, Glanville has written a series of op-eds in the New York Times, pieces graced with wit and wisdom. His very first Times essay, in 2008, evoked the insecurity that shadows an aging player. “There is a tipping point in a player’s career where he goes from chasing the dream to running from a nightmare,” he wrote. “At that point, ambition is replaced with anxiety, passion is replaced with survival. It is a downhill run and it spares no one.” For him personally, Glanville recounted, the downward turn began with a torn tendon incurred while running out a ground ball. “All of a sudden,” he wrote, “I felt old.” The essay reveals how anxieties felt by all of us are concentrated in the professional athlete, with his inevitable fixation on performance. “We’re scared of failure, aging, vulnerability, leaving too soon, being passed up.”


Glanville’s major-league career coincided with has come to be known as “the steroid era,” and he has written about that subject with insight and candor. In a 2009 essay he laid out his own agonized decision not to take performance-enhancing drugs, a decision for which he credits his mother, who “taught me how to look at the big picture,” and whose moral grounding in life reminded him that those who did take the drugs “pay a big price for their decision” by way of hollowed-out confidence and abandoned self respect. Was Glanville tempted to augment his physique – and his stats – via such drugs? Absolutely. “But that’s when my mom would sit on my shoulder and remind me of the beauty of knowing that what you gave of yourself was authentic, and that anything that happened — successes, failures — was real.” 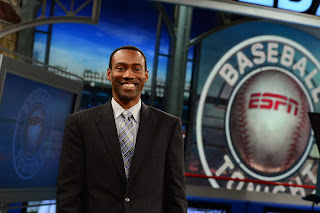 As a writer Doug Glanville is perhaps best known for an article in The Atlantic, “I Was Racially Profiled in my Own Driveway,” recounting a disturbing incident that occurred one day in the winter of 2014. The former major-leaguer was shoveling the sidewalk outside his spacious home in Hartford’s West End, one street over from the West Hartford line, when a West Hartford police officer approached him and asked, “So, you’re trying to make a few extra bucks, shoveling people’s driveways around here?” When Glanville explained he was shoveling his own walk, in front of his own house, the officer simply left, with no explanation of why he had assumed that a black man shoveling snow in the West End must be hired help. In the article, Glanville explained what he only later found out:

West Hartford had an ordinance that prohibits door-to-door solicitation. A man whom I allegedly resembled had broken this ordinance. Someone in West Hartford had called the police, and a young officer, believing he was doing his duty, had pursued the complaint to my street. 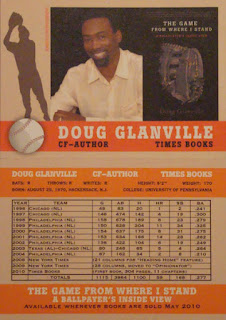 While acknowledging that “our block would have been the first stop for the wayward shoveler if he had entered Hartford,” Glanville noted that “these practices have ‘side effects.’ They may help police find illegal drugs and guns, but they also disenfranchise untold numbers of people, making them feel like suspects … all of the time.” The incident spawned the memorable phrase, “Shoveling While Black,” coined by Glanville’s wife, Tiffany, in an email to their neighbor, state Rep. Matt Ritter, and reflecting the guilty-until-proven-innocent stigma that continues to plague so many African-Americans in their dealings with law enforcement. “In a sense,” Glanville summed up,

the shoveling incident was a painful reminder of something I’ve always known: My biggest challenge as a father will be to help my kids navigate a world where being black is both a source of pride and a reason for caution. I want them to have respect for the police, but also a healthy fear.... But I also want them to go into the world with a firm sense of their own self-worth.

Not satisfied with merely writing about the incident, he took action, collaborating with his Matt Ritter to craft a bill, signed into law in August 2015, prohibiting law enforcement from pursuing an offender outside the officer's precinct if the suspicious activity in question is a relatively minor infraction.

Since moving to Hartford five years ago, Doug and his wife Tiffany have been active in their community, sending their kids to Hartford public schools and working to bolster the quality of life in the city. Tiffany, a lawyer, serves on the Board of Education. Doug serves on the board of the MLB Players Alumni Association and runs a scholarship foundation he started to honor his late father, Dr. Cecil E. Glanville. A much sought-after writer and speaker, Doug Glanville is both entertaining and eloquent, a person uniquely qualified to discuss sports and the lessons they hold for life.

Rand Richards Cooper is the author of The Last to Go and Big As Life. His fiction has appeared in Harper’s, GQ, Esquire, The Altantic, and many other magazines. A longtime writer for Bon Appétit and the New York Times, Rand lives in Hartford and writes a monthly column, “In Our Midst,” for Hartford Magazine.
Cool Justice Editor's Note: Andy Thibault coordinates the 2017-18 Speaker Series at The University of St. Joseph. 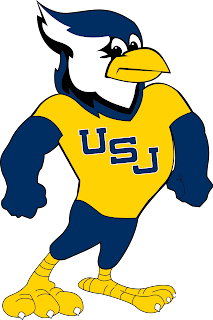 Posted by The Cool Justice Report at 9:08 PM