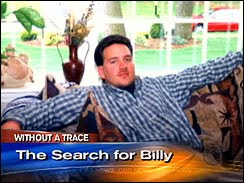 FREEDOM OF INFORMATION COMMISSION
OF THE STATE OF CONNECTICUT

In the Matter of a Complaint by

The above-captioned matter was heard as a contested case on September 26, 2006, at which time the complainant and the respondent appeared, stipulated to certain facts and presented testimony, exhibits and argument on the complaint.

After consideration of the entire record, the following facts are found and conclusions of law are reached:

2. It is found that, by letter dated July 28, 2006, the complainant requested that the respondent provide him with a copy of any and all reports “including #04-26782, mentioning Madeleine Gleason and/or Christian Sorensen (the “requested records”).

4. By letter dated August 4, 2006, the complainant appealed to the Commission, alleging that the respondent violated the Freedom of Information (“FOI”) Act by denying him copies of the records described in paragraph 2, above.

[e]xcept as otherwise provided by any federal law or state statute, all records maintained or kept on file by any public agency, whether or not such records are required by any law or by any rule or regulation, shall be public records and every person shall have the right to … receive a copy of such records in accordance with section 1-212.

6. Section 1-212(a), G.S., provides, in relevant part that “[a]ny person applying in writing shall receive, promptly upon request, a plain or certified copy of any public record.”

7. It is found that the requested records are public records within the meaning of §1-210(a), G.S.

9. At the hearing in this matter, the respondent objected to release of all requested records, generally citing §1-210(b)(3), G.S.

“[r]ecords of law enforcement agencies not otherwise available to the public which records were compiled in connection with the detection or investigation of crime, if the disclosure of said records would not be in the public interest because it would result in the disclosure of … (B) signed statements of witnesses, (C) information to be used in a prospective law enforcement action if prejudicial to such action …”

11. After the hearing in this matter, the respondent submitted the requested records for in-camera inspection, which documents shall be identified herein as IC-2006-389-1 through IC-2006-389-17. Such documents consist of police reports, witness statements, and handwritten notes.

14. It is therefore concluded that the records described in paragraph 13, above, are exempt from mandatory disclosure and, further, that the respondent did not violate the disclosure provisions of §§1-210(a) and 1-212(a), G.S. by denying the complainant’s request for a copy of such records.

15. In Department of Public Safety v. FOIC, 51 Conn. App. 100, 105 (1998), the court stated that §1-210(b)(3)(C), G.S., required an evidentiary showing that (1) the records are to be used in a prospective law enforcement action and (2) the disclosure of such records would be prejudicial to such action. The court further stated that “the statute is not satisfied by the mere good faith assertion that the matter to which the information pertains is potentially criminal ... there must be an evidentiary showing that the actual information sought is going to be used in a law enforcement action and that the disclosure of that information would be prejudicial to that action.”

17. Accordingly, it is concluded that the requested records described in paragraph 16, above, are not exempt from mandatory disclosure by virtue of §1-210(b)(3)(C), G.S., and that the respondent violated the FOI Act by denying the complainant copies thereof.

The following order by the Commission is hereby recommended on the basis of the record concerning the above-captioned complaint:

1. Forthwith, the respondent shall provide the complainant with a copy of the requested records described in paragraph 16 of the findings, above, at no cost.

Approved by Order of the Freedom of Information Commission at its regular meeting of April 11, 2007.

Petrea A. Jones
Acting Clerk of the Commission

Tweet
Posted by The Cool Justice Report at 12:10 PM